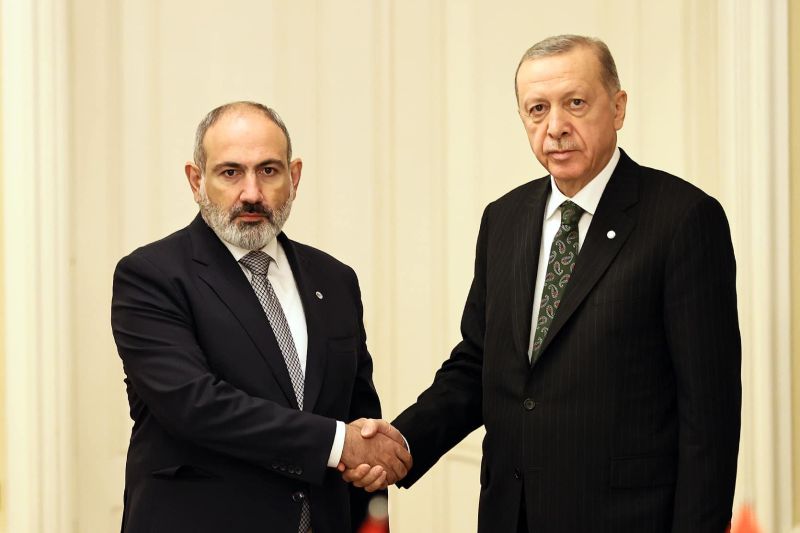 YEREVAN, NOVEMBER 11, ARMENPRESS. The Prime Minister of the Republic of Armenia Nikol Pashinyan generally positively evaluates the telephone conversation and the meeting with the president of Turkey Recep Tayyip Erdogan in Prague.

ARMENPRESS reports, during the interview with the Public TV, the Prime Minister emphasized that his and Turkish president’s discourses are not incompatible.

“If there is consistent work, if there is political will and desire, these discourses can be reconciled, which means normalization of relations,” he said.

According to Nikol Pashinyan, if they succeed in opening the Armenia-Turkey border for citizens of third countries, it will be a very serious progress.

“We are working on it now, but I don’t want us to fall into illusions that we will solve this issue right now, in a day or two. What I said is that we should consistently go in that direction,” the Prime Minister added.