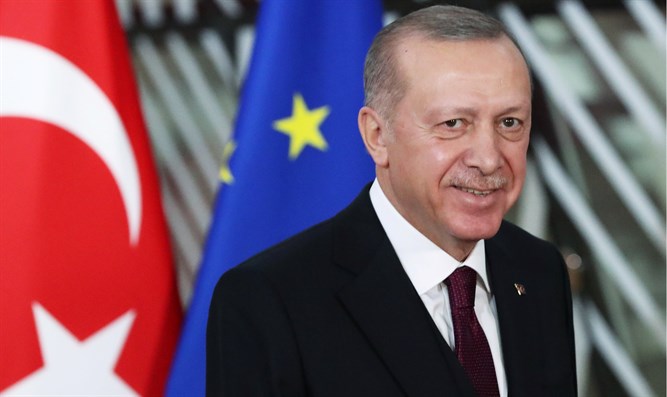 Armenian diasporas in France and the United States are hindering Turkey’s efforts to normalize ties with Armenia, the Turkish leader said on Thursday.

“The diasporas are constantly working against it, both in France and in the U.S.,” President Recep Tayyip Erdogan told reporters in Ankara before leaving for a summit of Turkic countries in Uzbekistan.

At the same time, he suggested that Armenia could turn “the negative efforts of these diasporas into a positive direction.”

“If the Armenian administration achieves this, of course, the steps they will take with Azerbaijan over both Lachin and Zangezur (corridors), will positively affect the steps we will take,” said the Turkish leader as quoted by Turkey’s Anadolu news agency.

“We strive to make friends, not enemies,” Erdogan added.

The Lachin corridor is a road that links Armenia and Karabakh under a Russia-brokered agreement that ended a 44-day Armenian-Azerbaijani war over the region in fall 2020.

The ceasefire deal envisages the unblocking of transport links in the region, including roads via Armenia for Azerbaijan to have a land connection with its western exclave of Nakhichevan.

Azerbaijan insists that what it already calls the Zangezur corridor through Armenia’s southern Syunik province should have the same extraterritorial status as the Lachin corridor.

Armenia rejects the demand, insisting that it should maintain sovereignty over any routes passing through its territory.

Armenia and Turkey embarked on a new process of normalizing their historically strained relations at the beginning of this year.

Turkey has not concealed that progress in its talks with Armenia is contingent on Yerevan’s mending its relations with Baku, which is Ankara’s strategic ally in the South Caucasus.