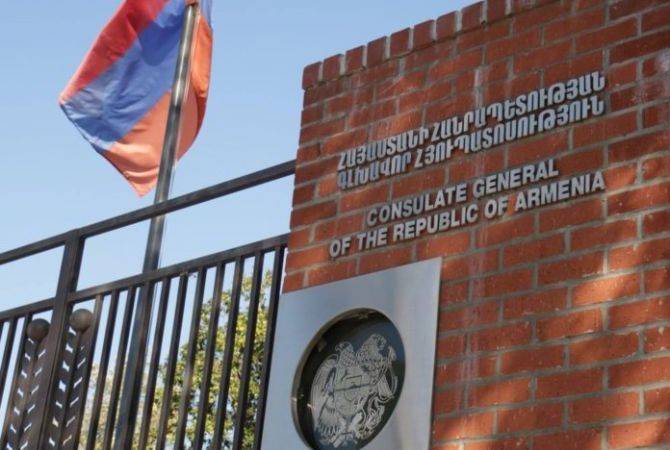 GLENDALE, CA – The flags of Artsakh that had been raised by the AYF at the Armenian Consulate in Glendale nearly a month ago were removed today by unknown persons. Oragark received several reports from Glendale residents and independently verified that the flags, a symbol of Artsakh’s right to self-determination, have been removed.

In recent weeks, there have been a series of protests at the Armenian Consulate where demonstrators have joined those in Armenia calling for Nikol Pashinyan’s resignation over his willingness to make concessions to Azerbaijan, that include recognizing Azeri sovereignty over Artsakh.