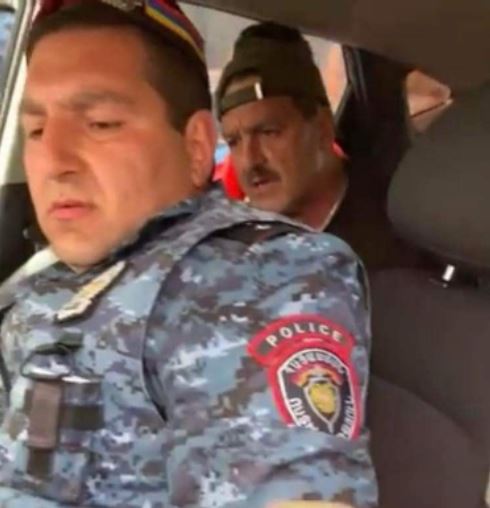 YEREVAN, ARMENIA – Earlier today, Yerevan police detained Hampig Sasssounian, apparently for questioning police officers on why they were brutally rounding up peaceful demonstrators, who have been calling for the government’s resignation.

Videos across social media showed how Sassounian was grabbed by police officers and stuffed into the back of a police car.

Sassounian was later released and issued a statement, in which he asked Pashinyan why he is not allowing demonstrators to express their peaceful protest, when that is how he came to power four years ago. He expressed his sympathy with the protestors demanding Pashinyan’s resignation and called Pashinyan a “traitor dog”.