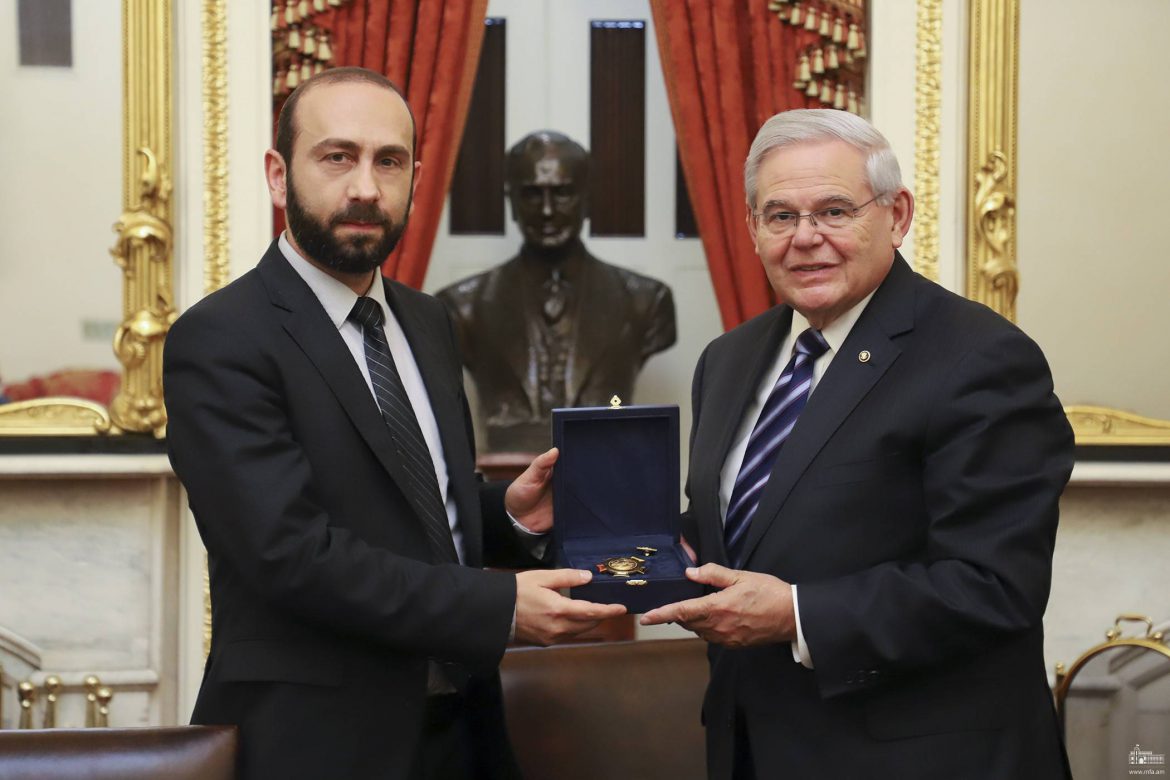 On May 5, within the framework of his working visit to the United States, Mirzoyan had a meeting with the Chairman of the US Senate Foreign Relations Committee, Senator Bob Menendez.  Senator Jim Rich, a member of the committee, also  participated at the meeting.

Among other matters discussed, Mirzoyan presented the recent developments aimed at the normalization of relations between Armenia and Turkey.

The high level meetings between Mirzoyan and U.S. legislators come days after his meeting with U.S. Secretary of State Anthony Blinken, who praised “democratic reforms” in Armenia, even as hundreds are being jailed and police continue to use brutal violence against peaceful protestors. Tens of thousands of demonstrators have been holding daily protests for over a week calling for the government’s resignation over its concessions to Azerbaijan and Turkey.