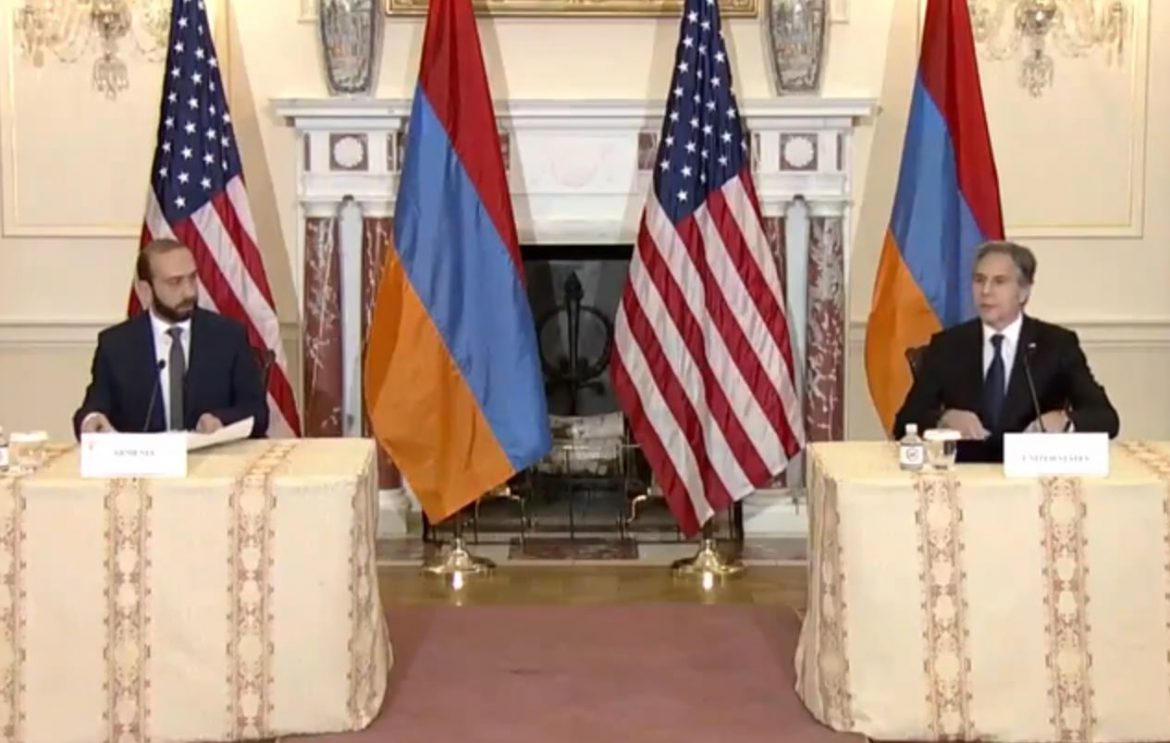 WASHINGTON, DC – On the same day that the Armenian government arrested nearly 250 protestors in Yerevan, where tens of thousands of antigovernmental protestors have flooded the streets demanding the government’s resignation, United States Secretary of State Anthony Blinken hosted the Foreign Minister of Armenia, Ararat Mirzoyan in Washington.

Despite the widespread police brutality against protestors and journalists in Armenia that was captured on camera the same day, Blinken remarkably stated that he wanted to take advantage of the opportunity to “praise the leadership of the prime minister and his government, the democratic reforms that they’ve been pursuing, the progress that continues to be made.”

In his remarks after the meeting, Secretary Blinken indicated that a primary purpose of the meeting was to “relaunch the Strategic Dialogue between the United States and Armenia that was suspended because of COVID.”

In his part, Mirzoyan also touted the supposed democracy in Armenia under Pashinyan’s rule.

“Now after the democratic Velvet Revolution of 2018, through joint efforts, we elevated the level of our collaboration, cooperation to Strategic Dialogue.  And it is very significant that I am here also in scope of the capstone session of the Strategic Dialogue.  And during this session, we focused on our democratic reforms, justice reforms, cooperation in banking sphere, looking ways of deepening cooperation in the sphere of defense, and of course prevention and fight against corruption, and many other areas.  And we appreciate United States efforts to support our reforms,” added Mirzoyan.

Blinken and Mirzoyan signed a “Memorandum of Understanding on nuclear cooperation” between the United States and Armenia.