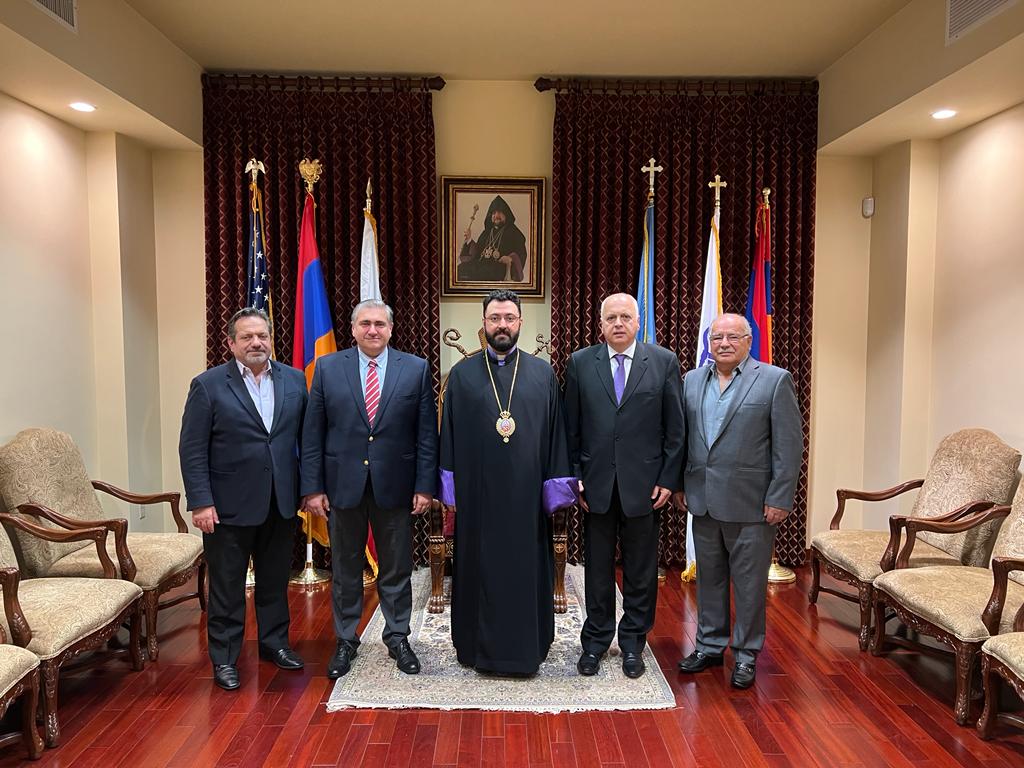 LA CRESCENTA, CA – As part of his ongoing visit to the West Coast, Armenia Member of Parliament, Armenian Revolutionary Federation faction member Arthur Khachatryan and Chairman of the ARF Western United States, Daron Der-Khachadourian were welcomed on Tuesday at the Western Prelacy of the Armenian Apostolic Church of America’s headquarters by Bishop Torkom Donoyan.

Khachatryan is visiting the region at the invitation of the Central Committee of the ARF Western United States of America and was the keynote speaker at the organization’s 131st anniversary event on Sunday.

The Prelate and the ARF delegation discussed a multitude of issues.  In addition to local community issues having to do with the churches and schools under the Prelacy’s jurisdiction, the meeting focused on the current crisis in Armenia and Artsakh.

Earlier in the day, Khachatryan was also warmly welcomed at the Prelacy’s Chamlian Armenian School, where he had the opportunity to meet and speak with with students and staff.