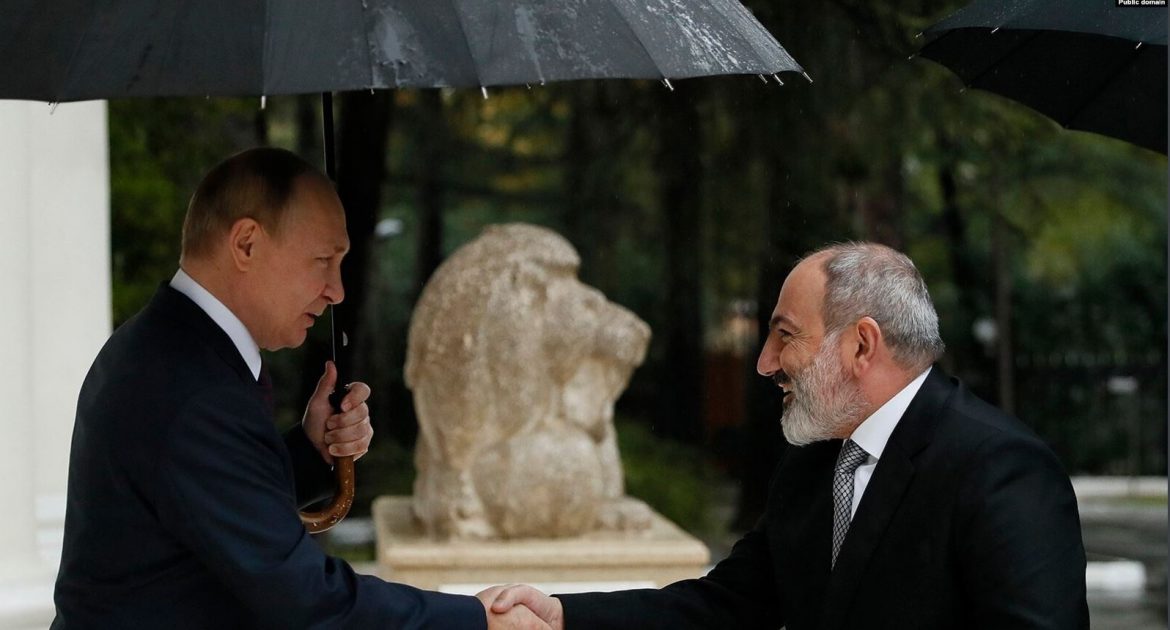 Prime Minister Nikol Pashinian on Wednesday again voiced support for a peace accord between Armenia and Azerbaijan proposed by Russia.

He specifically backed the Russian idea of indefinitely delaying an agreement on Nagorno-Karabakh’s status and called for a “long-term” presence of Russian peacekeeping troops in the Armenian-populated territory.

Pashinian said that he tried to include a reference to this “Russian concept” in a joint statement issued by him and Presidents Ilham Aliyev of Azerbaijan and Vladimir Putin of Russia at their talks held in Sochi on Monday.

“But at the urging of our Russian partners, we tried to be more flexible in order not to make the situation deadlocked,” he told Armenian lawmakers.

Pashinian also insisted that although his joint statement with Aliyev and Putin did not even contain the word “Karabakh” the Sochi summit was “very useful and important.”

A senior Russian diplomat said on Tuesday that the thorny issue of Karabakh’s status “should be left to the next generations” because the conflicting sides are unlikely to strike a mutually acceptable deal on it in the foreseeable future.

“To what extent does the Armenian government’s policy correspond to this vision?” said Pashinian. “I must say that it corresponds fully, by 100 percent.”

Putin claimed last week that the United States is pushing for a different peace deal which would commit Armenia to recognizing Karabakh as an integral part of Azerbaijan. His claims stoked Armenian opposition allegations that Pashinian agreed to Azerbaijani control over the disputed territory during recent Armenian-Azerbaijani peace talks mediated by the U.S. and the European Union.

Pashinian again dismissed those allegations, saying that the Sochi meeting proved his domestic detractors wrong. He also said that he proposed at Sochi that Baku and Yerevan extend the five-year mandate of the Russian peacekeepers deployed to Karabakh following the 2020 war. He indicated that the proposal was rejected by Aliyev.

At a separate meeting with Putin held in the Russian Black Sea city, Aliyev reiterated that Azerbaijan’s victory in the war put an end to the Karabakh conflict.

The joint statement issued as a result of the latest Armenian-Azerbaijani summit noted the peacekeeping contingent’s “key contribution to ensuring security in the zone of its deployment” and praised its “efforts to stabilize the situation in the region.”

“Without the Russian peacekeepers there would be no Artsakh,” Babayan told RFE/RL’s Armenian Service.