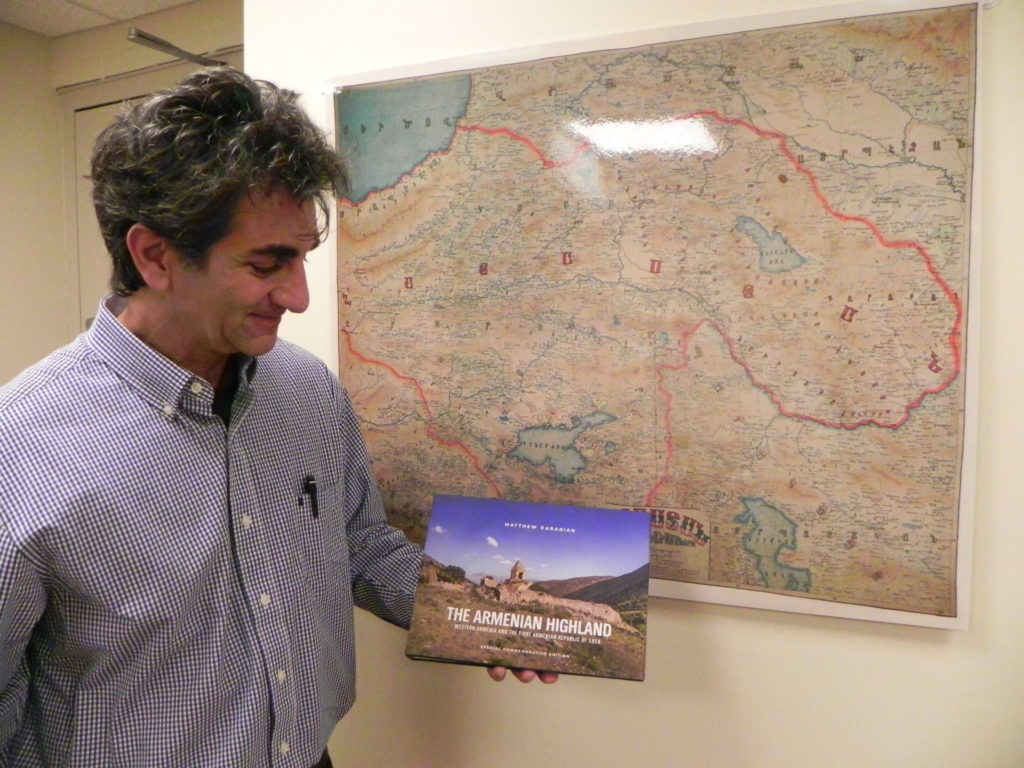 BELMONT, Mass.—The National Association for Armenian Studies and Research (NAASR) will present a webinar with author and lawyer Matthew Karanian on Thursday, December 8, 2022, at 7:30 p.m. (Eastern) / 4:30 pm (Pacific), titled “Mapping the Armenian Highland.” This program is made possible through the generous support of the Dadourian Foundation.

The webinar will be accessible live on Zoom (registration required) and on NAASR’s YouTube Channel.

Karanian will discusses how a series of maps that his great uncle Mardiros Kheranian produced one century ago encouraged his own research of ancient Armenia and guided him along the way. Karanian has published several books about Armenia. His publication The Armenian Highland relied on an ancient map that his great uncle created in 1922; one of his Uncle Mardik’s maps was the cultural artifact that set him on his path to discovery in Western Armenia.

Karanian’s journey of discovery began in Cilicia and concluded more than 20 years later with the exploration of all of ancient Armenia. Along the way, he picked up where his Uncle Mardik had left off, by mapping the Armenian Highland in words and photographs, to preserve its memory for future generations.

Kheranian’s maps are works of art as well as historical records. They have been displayed, or are currently on display, at the National Museum in Yerevan, at Holy Etchmiadzin, at the Hairenik Building in Watertown, at the Armenian Prelacy in Detroit and at the ANCA in Washington, D.C. Karanian has reproduced two of the maps in his books. During his presentation, he’ll show these maps and talk about what they mean to him and to the Armenian nation.