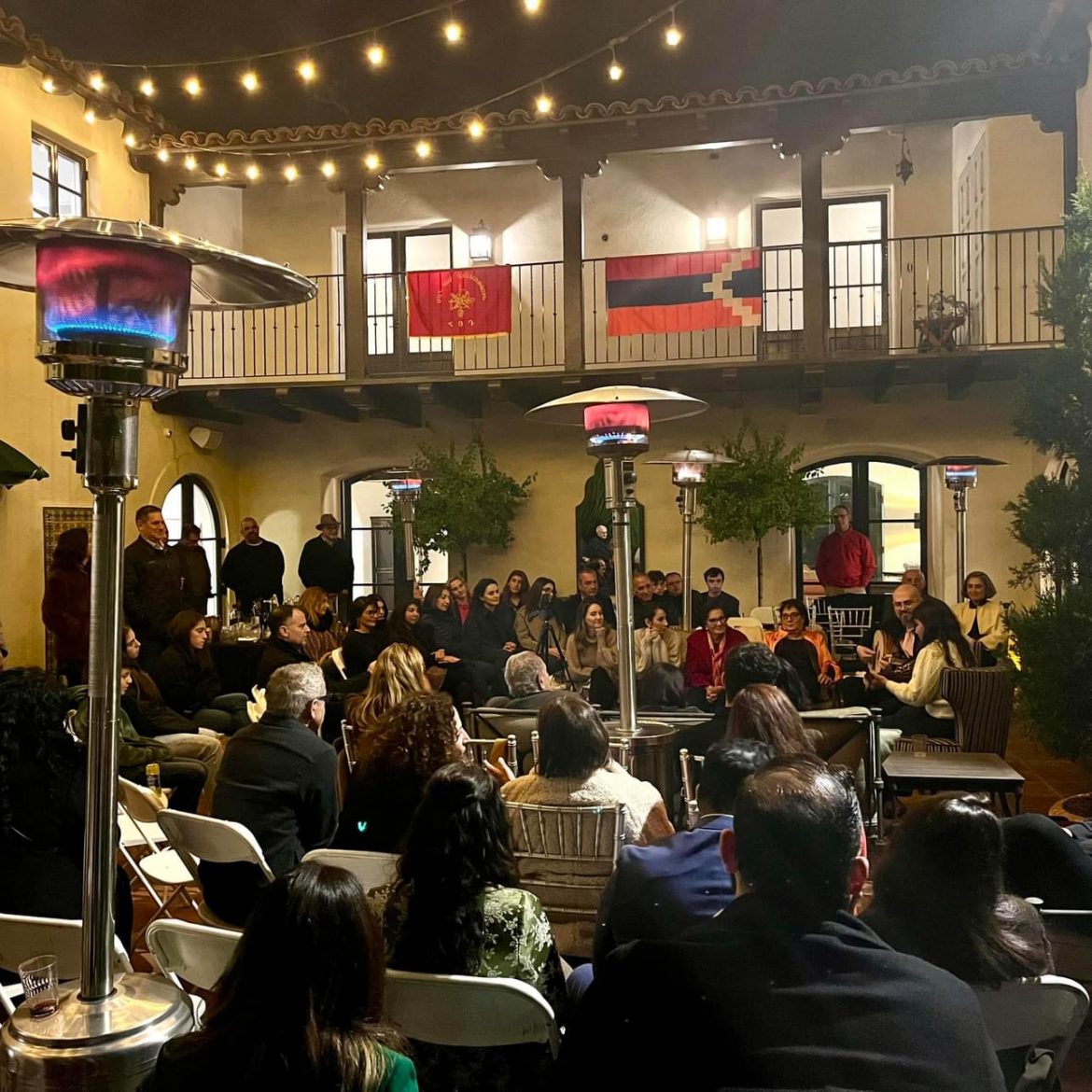 PASADENA, CA – Friends of the Armenian Youth Federation (AYF) Western United States gathered for Oud for Artsakh, a cultural event held at the home of Mr. Raﬃ and Dr. Mireille Hamparian in Southern California on November 12, 2022, to provide support for the AYF of Artsakh. The event, which drew approximately 100 individuals, featured oud performances by AYF Pasadena “Nigol Touman” member Meghri Hamparian and her oud instructor Antranig Kzirian. Oud for Artsakh was initiated by Meghri Hamparian, who wanted to use her love of traditional Armenian music to support her fellow AYF members in Artsakh.

“I believe every Armenian American can and should do something for Artsakh,” remarked Meghri Hamparian after the event. “I love playing the oud – so I thought this event would be a great way for me to support my ungers and ungerhouis in the AYF of Artsakh. Whatever your talent, whatever your focus in life is – I encourage all Armenian Americans to take their talent – to take their focus in life – and use it to beneﬁt the heroic people of Artsakh. This, in my humble opinion, is the moral obligation of every Armenian American,” Meghri Hamparian added.

2022, the AYF of Artsakh held a number of retreats for kids across Martuni and other parts of Artsakh. The AYF of Artsakh is also very actively linked with AYF regions across the world – from the United States to Europe, to Australia – who work to support the eﬀorts of their AYF ungers and unserious in Artsakh.

“The will of our ungers in the AYF of Artsakh is unbreakable, and their work for Artsakh and its people is both incredible and necessary,” remarked Tenny Alaverdian who attended Oud for Artsakh on behalf of the AYF Western United States Central Executive. “It is our duty to ensure their work is empowered by all of us living in the Diaspora,” added Tenny Alaverdian.

Oud for Artsakh featured several classic Armenian songs that were taught by Meghri Hamparian’s talented oud instructor Antranig Kzirian. Kzirian is known for his mastery and innovative style of oud interpretation and the study of the oud’s history in Armenian music and culture throughout the Middle East and the world overall. He embarked on his musical journey by beginning the study of classical guitar at the age of 9 and playing the oud at the age of 19 while pursuing a degree in International Relations at the University of Pennsylvania. Kzirian personally studied with oud masters Ara Dinkjian, John Bilezikjian, John Berberian, and kanun master Jack Chalikian. He is determined to pass on the oral tradition of oud to the next generation.