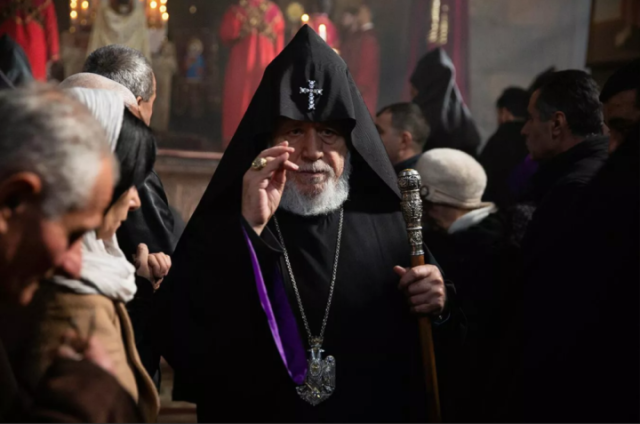 His Holiness Karekin II, Catholicos of All Armenians officiated over a memorial service in the church of St. Gayane in memory of the 15 servicemen who died during a fire in the engineer-sapper company of the military unit in Gegharkunik.

It was reported earlier that memorial services will be held in all churches of the Armenian Apostolic Church.

As the press office of the Mother See of Holy Etchmiadzin notes, a prayer was offered for the souls of the dead.

A fire in a house that served as a temporary barracks for an engineer company broke out on the night of January 19 at 01:30. As a result, 15 servicemen were killed, three more are in a burn center with two in intensive care. According to the government, the cause of the fire was supposedly the use of gasoline for heating, though this has been refuted and questioned by by various parties. The investigation is ongoing.