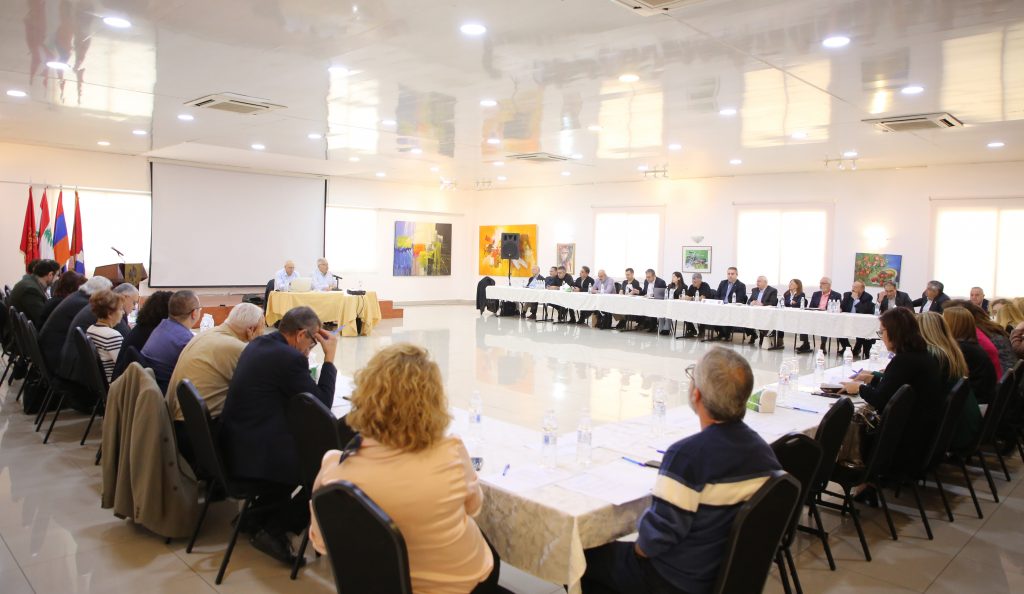 On November 14, an International Conference of ARF Affiliated Organizations was convened in Beirut, Lebanon. Apart from the ARF Bureau, its supreme body that convened the conference, the executive boards of the Hamazkayin Armenian Educational and Cultural Society, the Armenian Relief Society, the Homenetmen Armenian General Athletic Union, as well as the representative of the Youth Office of the ARF Bureau participated in the meeting.

Before moving on to the agenda items to be discussed, general reports were presented by the affiliated organizations on the completed works as well as upcoming activities. The topic of youth became one of the key issues of the conference discussions. The participants emphasized the involvement of youth in responsible work as an important condition for giving a new life to the activities of the organizations, and the formation of a new generation of leaders in the nations future.

The task of modernizing the forms and methods of organizational activity was emphasized, which will provide an opportunity not only to keep pace and be heard, but also to arm compatriots with the awareness of the pursued goals. Modernization and improvement of public relations methods and works were emphasized, without which it is impossible to properly present the works being carried out to the public or effectively serve national goals.

The conference highlighted the importance of coordinating the work of the organizations in order to plan and implement many pro-national initiatives.

The questions of what to do to address the current crises facing the two Armenian statehoods was a common thread during the discussions of the conference. The participants were convinced that today’s alarming realities should not be allowed to lead to dejection, but should push for more energetic activity, with the awareness that as soldiers of a separate front, Dashnaktsutyun and its affiliate organizations have an important mission.

According to the discussions, the consolidation of healthy national forces should be pursued through the adopted goals and courses of action, which alone can be the best guarantee on the way to overcome national and state crises.

It was emphasized that national culture, education and philanthropy, as well as the presence of conscious and patriotic youth involved in the national cause, are the best conditions that can serve the cause of awakening national self-awareness and unifying the nation by eliminating all kinds of divisions.

Appreciating the work done once again, the conference reaffirmed the commitment to continue the nationalistic activities of the affiliate organizations of the Dashnaktsutyun, to serve the relentless ambitions of the Armenian people with new momentum and without compromise.