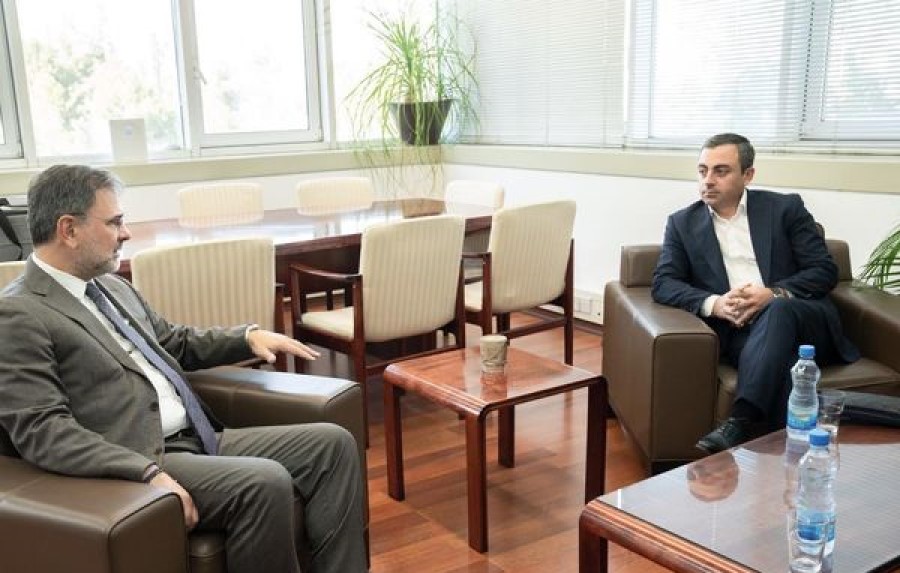 Representative of the ARF Supreme Body of Armenia, MP Ishkhan Saghatelyan, who is on a working visit to Cyprus, met with the Deputy Minister of Foreign Affairs of Cyprus Spiros Addas.

During the meeting, the parties discussed a wide range of issues of bilateral interest for Armenia and Cyprus on international platforms.

Saghatelyan described to Addas the aggressive policy pursued by Azerbaijan against Armenia and Artsakh, and presented the real aspirations and priorities of the Armenian people.

The representative of the General Assembly of the ARF also noted that it is necessary to make efforts so that under international pressure, Azerbaijan is forced to release the Armenian prisoners of war and other detained persons, as well as withdraw its troops from the territory of the Republic of Armenia.

The Deputy Foreign Minister of Cyprus first welcomed the representative of the ARF Supreme Body of Armenia and the entire Armenian people on behalf of himself and Minister Ioannis Kasoulides, noting that the latter is not in the country and could not personally attend the meeting. In his speech, the Cypriot diplomat expressed support for the issues raised by Saghatelyan, saying that Cyprus has always been and will continue to be a loyal fighter for the protection of historical justice.