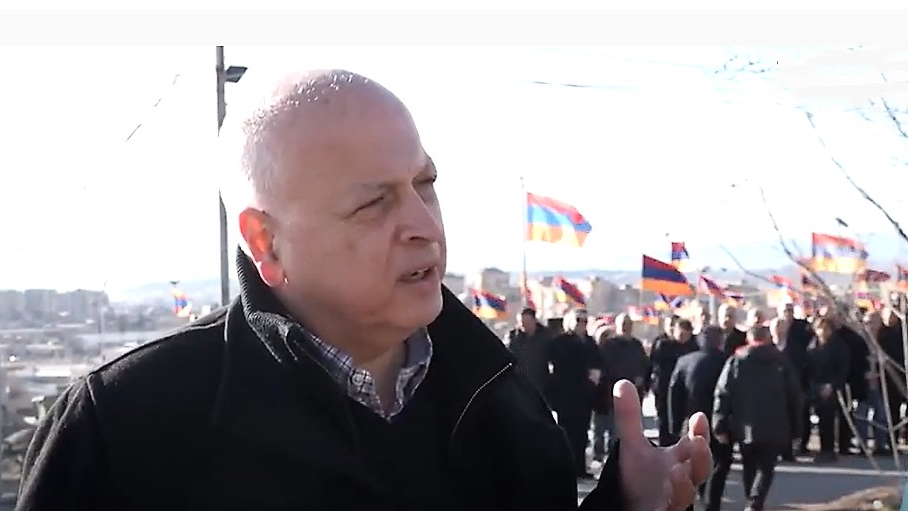 “It seems that there is an effort to make Armenians forget about their Genocide demands, that is why the torchlight procession that happened was a very positive event,” said Daron Der-Khachadourian, chairman of the ARF Western U.S.A. Central Committee in an interview with Yerkir.am on Wednesday.

“When there is a torchlight procession of 50-100 thousand people, it is the answer to all those who see the Genocide issue as a burden for us, rather than as a means of exercising our national rights. Of course, no one would want the Genocide to have happened, but if it did, and we would lose the right to call ourselves ‘Armenians’ if we did not defend the will of our martyrs,” added Der-Khachadourian.

In this context, he noted, the marches of the “Resistance” movement that started on April 25,– with protesters marching from Ijevan, Tigranashen, Sardarapat, Bash Aparan and who will join the main protest in Yerevan on May 1–are really inspiring.

“Because, after the staged defeat of Artsakh, the Armenian people are also under psychological pressure of feeling that we fought not to win, we fought to lose. We turned from a victorious nation into a defeated nation. And because this was a project to destroy our national determination, which started from Alpha, but has not yet reached Omega, God forbid that this program reaches the end as we will lose both Artsakh and Syunik, and God forbid, even Armenia. First, we will lose our national security, then we will lose our independence,” continued Der-Khachadourian.

In light of all this, he expressed that seeing the current activity in the streets of Yerevan is very encouraging.

From their vantage point in the United States, Armenian-Americans believe that Pashinyan is acting as if he is a hired attorney who is defending the interests of the enemy.

“There will be protests in the United States in the near future,” said Der-Khachadourian, adding “In addition to the recent April 24 events, there will be a car march to the Armenian Consulate in Glendale on Saturday, then to the Consulate of Azerbaijan, and the Consulate of Turkey, and many other programs.”

Der-Khachadourian also discussed the current stage of the Artsakh conflict, the dangerous cost of Armenian-Turkish reconciliation, and the reactions of Turkey and the Armenian community after U.S. President Biden’s recent April 24 statement, in which he once again used the term “Genocide”.