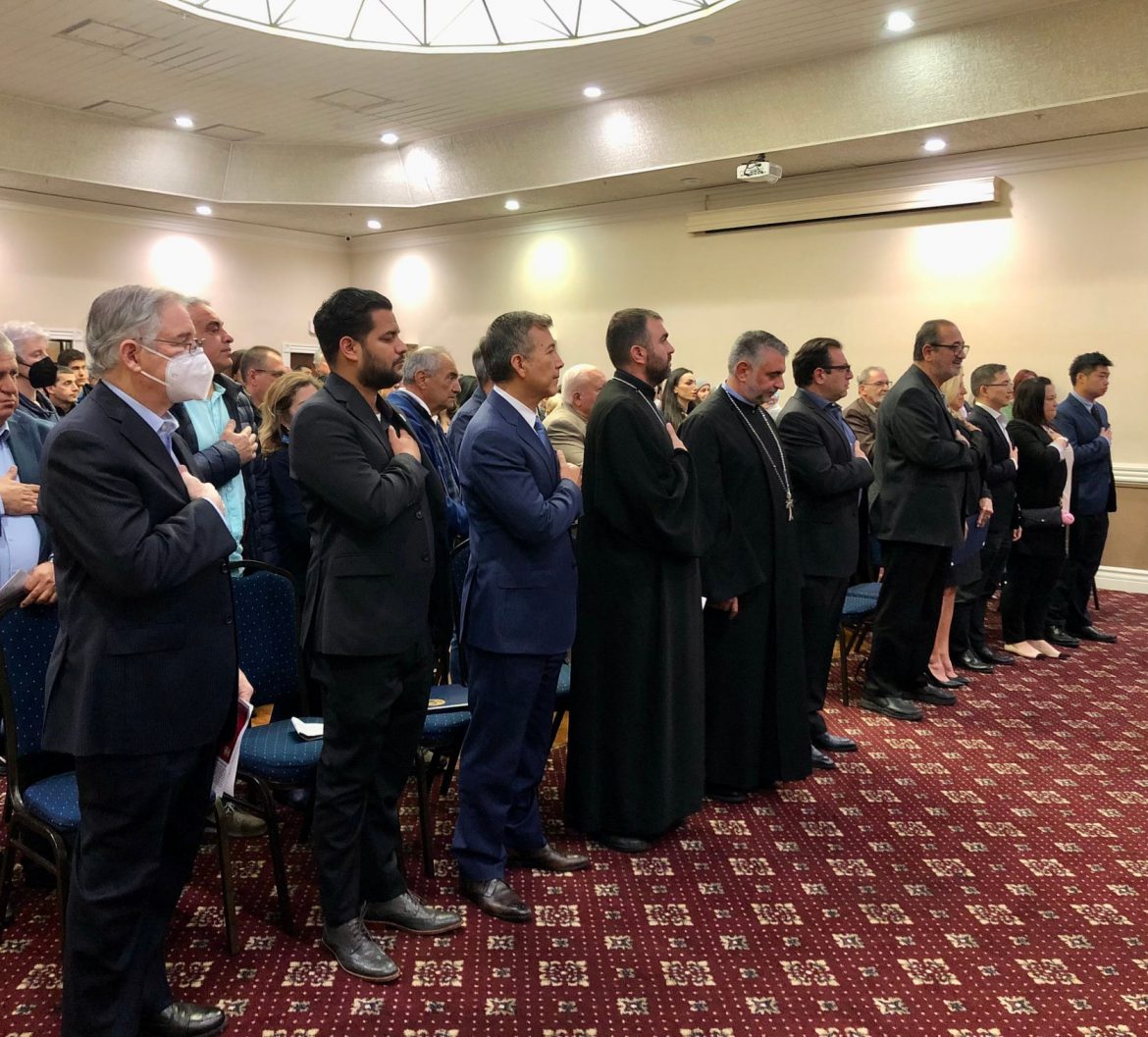 AYF Orange County – Aghpiur Serop Juniors opened the program with a beautiful performance of Mer Hairenik, ANCA Orange County Chairwoman Violet Bulujian welcomed the standing room only crowd, followed by the opening prayer and requiem service by reverends Karekin H. Bedourian and Der Serovpe Alanjian. Ani Mardirosian spoke on behalf of ACYO and Gregory Codilian on behalf of AYF, Nareg Mardirosian on behalf of the OC AGBU Saturday School and Joanna Papazian form the ARS Sevan Saturday School. AGM students performed Armenian songs and an amazing version of One and Half million. Garo Madenlian spoke on behalf of the ACF Orange County Chapter and the ARF Armen Karo Gomideh. The event concluded with the community singing Giligia led by both priests.

Lahmajoun and appetizers were provided afterwards where many including elected officials, remained and continued to discuss issues important to the community.

The organizers thank Zanku Armenian for attending on behalf of the ANCA National Board and the ANCA team for their continued assistance and unwavering support.

The event was livestreamed on https://www.facebook.com/ancorangecounty, and can still be viewed here: https://fb.watch/cGCjYRomB4/