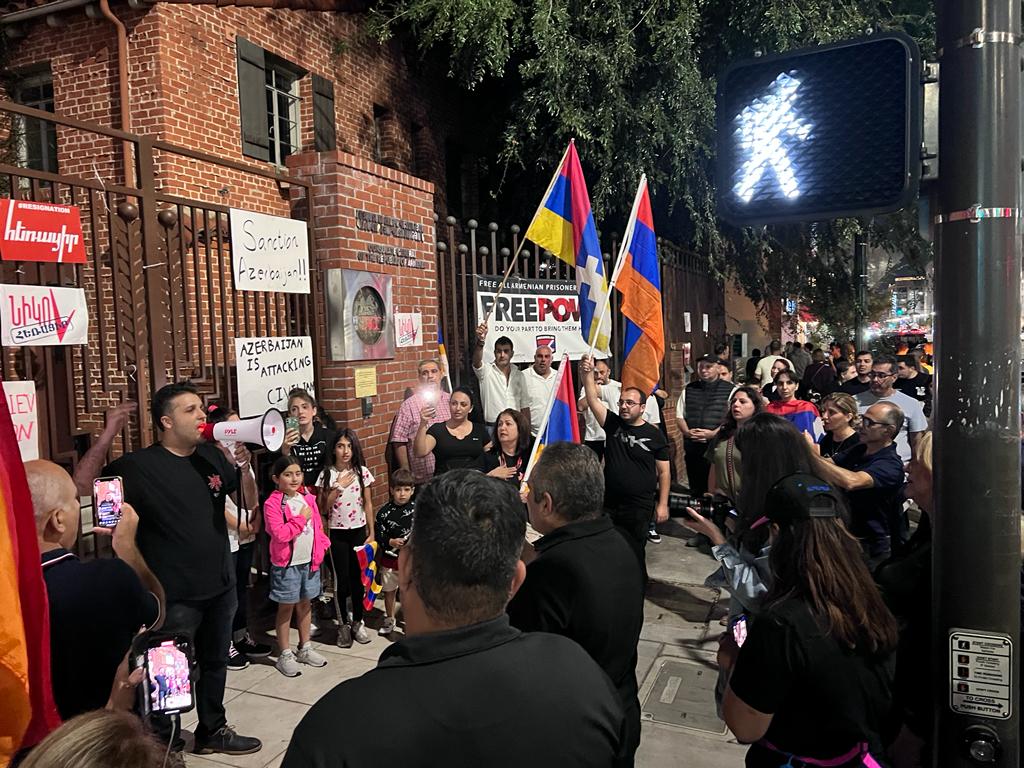 GLENDALE, CA – For the second day in a row, hundreds of Armenian-Americans gathered on Thursday evening in front of the Armenian Consulate in Glendale to express their solidarity with the soldiers defending Armenia’s borders and the calls by the Armenian people for Prime Minister Nikol Pashinyan’s resignation.

“Nikol Pashinyan has failed in his duties to defend Armenia’s borders and guarantee it’s national security”, said one of the organizers of the demonstration.

“Whether or not Pashinyan is an implant and a traitor is irrelevant, the fact is that he has failed in his primary duties, yet is clinging to his position despite the fact that he is unable to lead the nation, maintain relations with international partners through effective diplomacy, and obtain assistance for Armenia. Thus, even if he wasn’t a traitor to begin with, he is a traitor for staying in power while he is taking the country to devastation. He needs to resign so that a temporary Armenian Salvation Government, comprised of capable and qualified leaders can lead the country out of the abyss.”