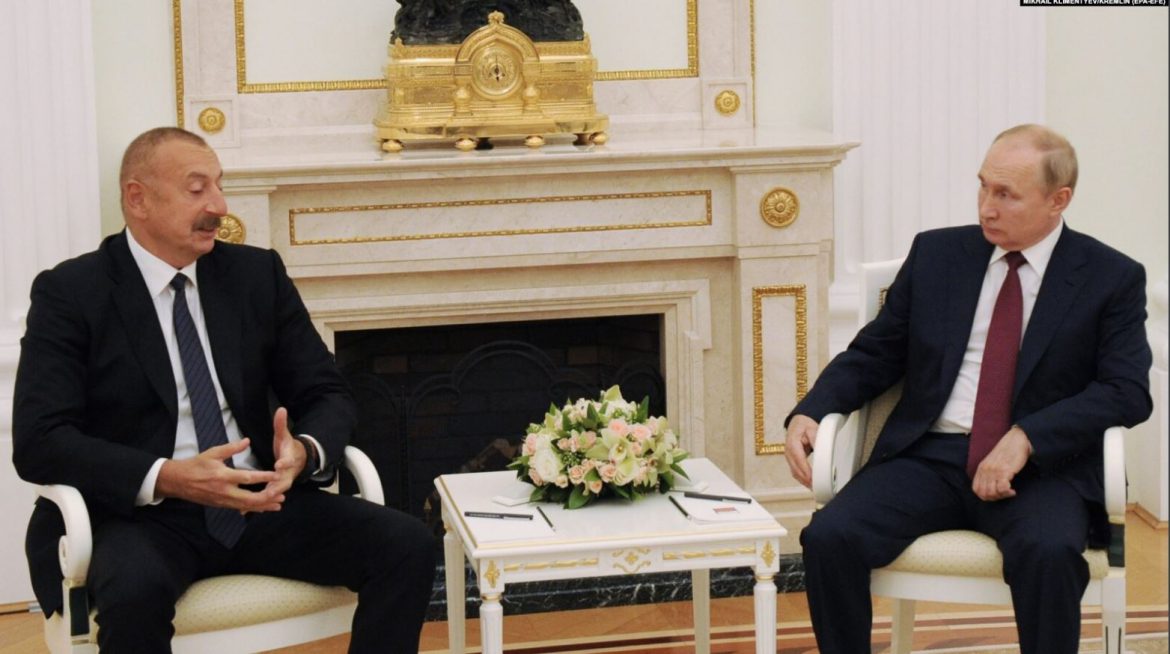 MOSCOW, RUSSIA – Russian President Vladimir Putin has been assured by Azerbaijani President Ilham Aliyev that the ceasefire brokered by Russia stopping hostilities has held up for the last two days and that the situation in the region is now “stabilized”.

Aliyev was speaking to Putin on the sidelines of a Shanghai Cooperation Organization summit in Uzbekistan.

Aliyev told Putin, “Border conflicts happen. Unfortunately, they have been associated with numerous casualties on both sides, but the main thing is that we have managed to stabilize the situation and shift it to a peaceful course.”

Putin respond that it was “good” that the situation had “stabilized” but that the region was still too tense. Per figures from both countries, more than 200 service personnel were killed in the clashes as of Friday.

This is the deadliest confrontation between Armenia and Azerbaijan since thousands were killed in a six-week war over the breakaway region of Artsakh in 2020. For decades prior to the so-called “velvet revolution” that brought Armenia’s current leader Nikol Pashinyan to power, Armenia had managed to avert war and retain control over the liberated territories of Artsakh. In 2020 and since, Armenia has not only lost control of Arstakh but parts of Armenia itself have been occupied by Azerbaijan as well.