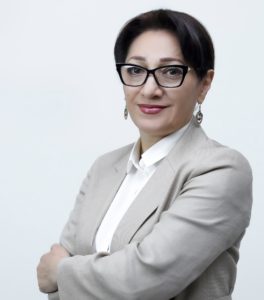 The following article by Lilit Galstian first appeared in Yerevan Today on May 22, 2022 and was translated for publication in the Armenian Weekly. Galstian represents the Armenian Revolutionary Federation (ARF) as a parliamentary member of the National Assembly of Armenia.

This translation offers the English-speaking world the opportunity to evaluate the extent of the damage inflicted upon Armenia and Artsakh by the current administration. It reflects the fundamental collapse of statecraft and the oath to protect the nation by this collaborative government. Similar to Vichy France, the current administration pursues the policies of the enemies of Armenia and Artsakh as its own and curiously shares the same “detractors” inside and outside Armenia, as do our enemies.

The statement made by the President of the Council of Europe Charles Michel following the Pashinyan-Aliyev meeting is not only about placing the final nail in Artsakh’s coffin, but it also initiates the disintegration of Armenia and the final capitulation of her statehood.

And while an expertly placed insidious traitor is selling our statehood and the country piece by piece, some people still choose to sit in their living rooms, sip their coffee and discuss Ishkhan’s voice, Vanetsyan’s hair, Ashotyan’s shirt color, Galstyan’s sneakers, the sound of patriotic songs from the square or the rising smoke from the bonfires. We are living the proverbial Nero playing the violin while Rome was burning. Will we wake up in time to extinguish the fire, or must we look for what remains of us in the ashes, if any?

There is judgment, and there is a judgment day.