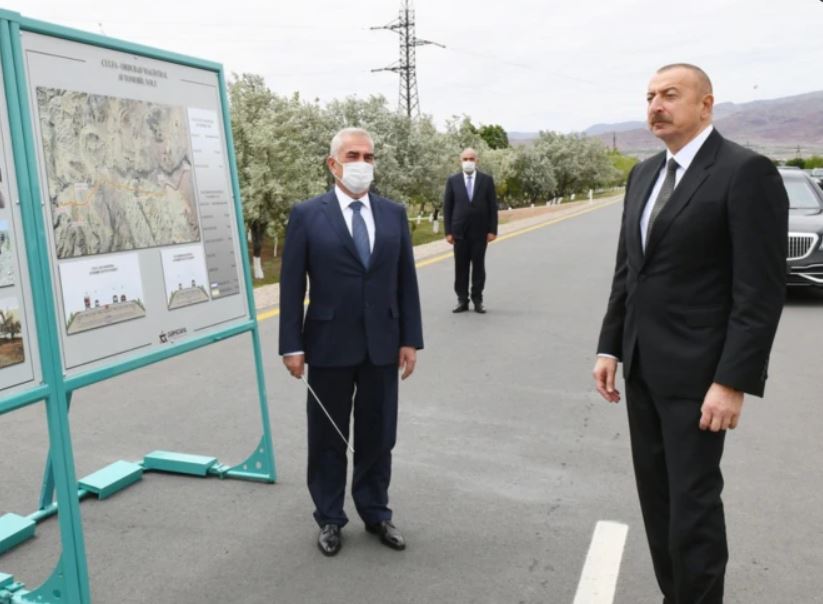 YEREVAN, ARMENIA – On Monday, Azerbaijani president Ilham Aliyev announced that Nikol Pashinyan agreed during their meeting over the weekend to cede Azerbaijan a strip of Armenia’s territory–the “Zangezur corridor” as he called it–that would connect Azerbaijan with Nakhichevan. Azerbaijan claims that “Zangezur”, which corresponds to Armenia’s Syunik province, is historically Azerbaijani land.

Pashinyan did not deny Aliyev’s claim on the corridor, which Aliyev has repeatedly demanded. Despite this, Armenia’s Security Council Secretary Armen Grigoryan denied to Armenpress that such an agreement had been reached by Pashinyan and Aliyev over the weekend. In a statement about the meeting, Aliyev gave a “positive assessment to the results of the trilateral meeting.”

On several occasions over the last two years, Pashinyan’s regime has denied statements made by Azerbaijan and its leader Aliyev that later turned out to be true. Such examples include denying that Armenia would hand over a primary road in Syunik to Azerbaijan and the losses of territory during the 2020 Artsakh War. During the 44 day war, the Armenian Government claimed until the very last days that Armenia was winning, despite the fact that Azerbaijan was reporting that Armenia had been retreating from large swaths of land. Pashinyan then signed a capitulation agreement effectively handing over 75% of Artsakh’s territory to Azerbaijan, including territories that had been successfully defended by Armenian forces.