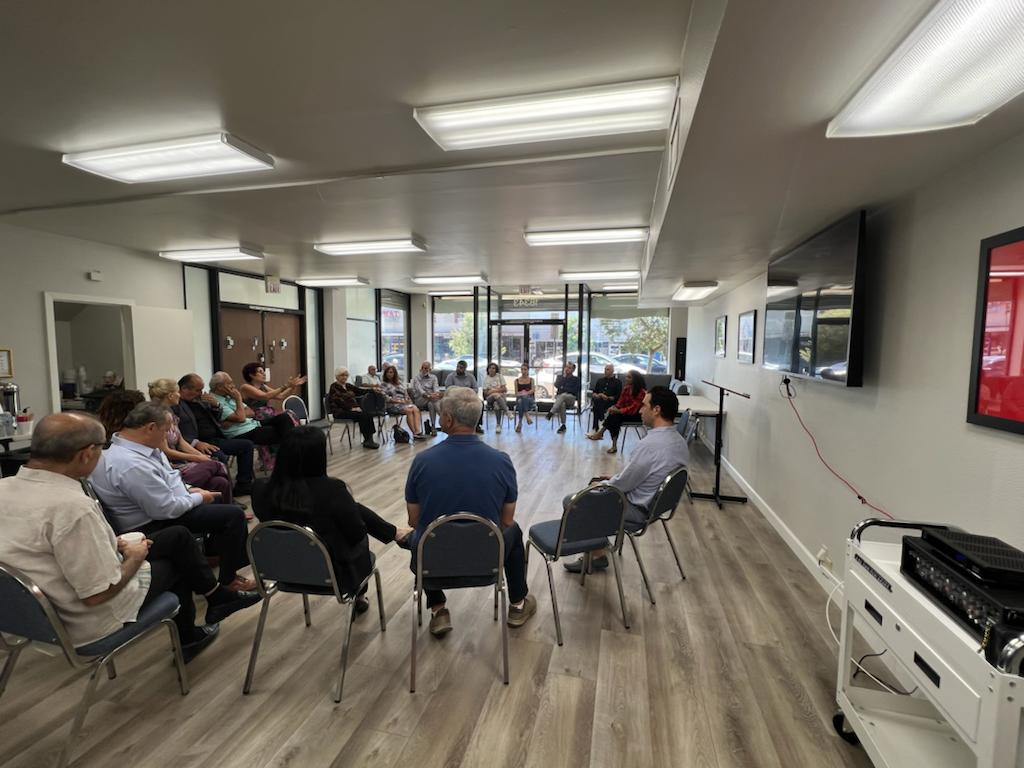 The San Fernando Valley Armenian Center welcomed City Councilwoman Nithya Raman at its Center on Sherman Way, in Reseda on Sunday, 08/28/2022 at 11:00 am in the morning.

Nithya Raman represents the 4th district in the Los Angeles City Council. The City of Los Angeles has an overall population of four million people and it is represented by 15 electoral districts.

Unger Shant Hagopian on behalf of the local ANCA Chapter gave the opening remarks welcoming the City Councilwoman and providing a brief explanation on the mosaic of organizations that represent the Armenian Community in Los Angeles and especially in the Valley. Details were provided on the local Armenian churches, and schools as well as the defining roles of the different organizations active in the area. He reminded that all the organizations mentioned are non-profits that have different roles and missions.

Unger Shant Hagopian gave an opportunity for each community member present to give a short presentation and explain the different roles and responsibilities that they have within the Armenian and the local community. It was obvious that some of the participants had often decades of experience and had served both the Armenian and local communities for many years. Most were former AYF members who kept serving the community in different roles as they graduated from the youth ranks.

Nithya Raman gave a general introduction on her background and the effort that she has made as a City Councilwoman.  She emphasized that there has to be further cooperation with the Armenian Community and she is always open to suggestions on assisting the needs of our Community.

After the City Councilwoman’s presentation, there was a question and answer session. Several participants reminded Nithya Raman on how throughout the years the City has provided material assistance to the Armenian Community’s needs. Also, the City has always taken positive stands in what concerns political issues concerning our Community.

Representatives from the ARS Regional Council reminded the Councilwoman on the financial assistance provided for the Social Services run by the ARS in different areas of the City. Also, a flyer detailing the activities of the ARS Social Services was provided to the City Councilwoman.

The Councilwoman presented her assistant Ryan Ahari, who on a previous occasion had already visited the Center.

Nithya Raman reminded everyone once again that her office is always available to listen to and assist with issues and concerns that our community might have.

Long after the official end of the event, the City Councilwoman and her assistant stayed and chatted with the members of the community.