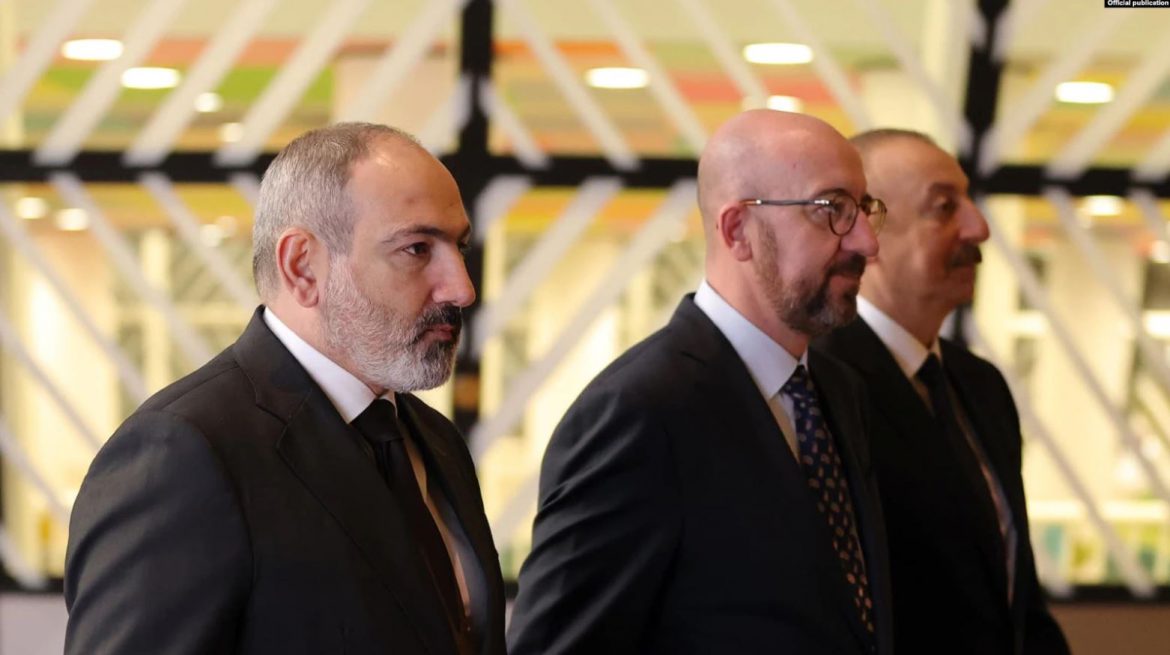 The leaders of Armenia and Azerbaijan will meet again in Brussels on August 31 for talks to be hosted by the European Union’s top official, it was announced on Thursday.

Azerbaijani media were the first to reveal the date of the next meeting of Azerbaijani President Ilham Aliyev and Armenian Prime Minister Nikol Pashinian. The Armenian government confirmed the information later in the day.

“The agenda of Nikol Pashinian and Ilham Aliyev includes the issues which they have discussed before,” a government spokesman told RFE/RL’s Armenian Service. He did not elaborate.

Aliyev and Pashinian already held trilateral talks with European Council President Charles Michel in April and May. Michel spoke with the Armenian and Azerbaijani leaders by phone on August 5 following deadly fighting in Nagorno-Karabakh. He said afterwards that their next meeting is imminent.

Earlier this month, Russia indicated that it is also trying to organize an Armenian-Azerbaijani summit. Incidentally, Pashinian held a phone call with Russian President Vladimir Putin on Wednesday.

Moscow has repeatedly denounced the EU’s mediation efforts, saying that they are part of the West’s attempts to hijack Armenian-Azerbaijani peace talks and use the Nagorno-Karabakh conflict in the standoff over Ukraine. A senior EU diplomat insisted in June that the 27-nation bloc is not competing with Russia in its efforts to facilitate a “comprehensive settlement” of the Karabakh conflict.

It also emerged on Thursday that an Armenian-Azerbaijani commission on demarcating the border between the two South Caucasus states will meet in Moscow on August 30. The commission held its first session on May 24 two days after the most recent Aliyev-Pashinian talks.