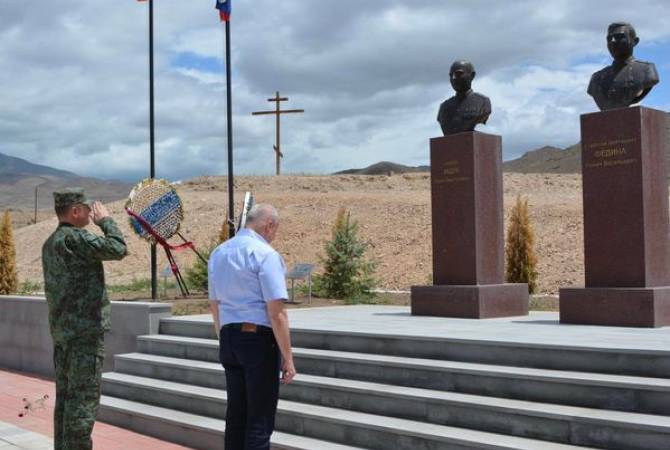 KAPAN, ARMENIA – The Russian Embassy in Armenia stated in a press release that the the Russian Ambassador Sergei Kopyrkin visited the Syunik province.

The ambassador was accompanied by commanders of the Border Guard Department of the Russian Federal Security Service in Armenia. The delegation paid tribute to the memory of the crewmembers of the Mi-24 helicopter, who were killed when Azerbaijani forces shot down the helicopter near Yeraskh, Armenia in 2020.

The Ambassador also visited the Paruyr Sevak and Tegh border points of Armenia and met with the Russian border troops.

The ambassador was then welcomed by the representatives of the Kapan municipality, who thanked Russia on behalf of the town’s residents, for assisting with the implementation of socio-economic development programs, as well as for the role of Russian border troops in ensuring the security of the region.

Kopyrkin also visited the Russian border guard base located near the airport of Kapan. He was briefed on the ongoing operative situation in this section of the Armenian border.