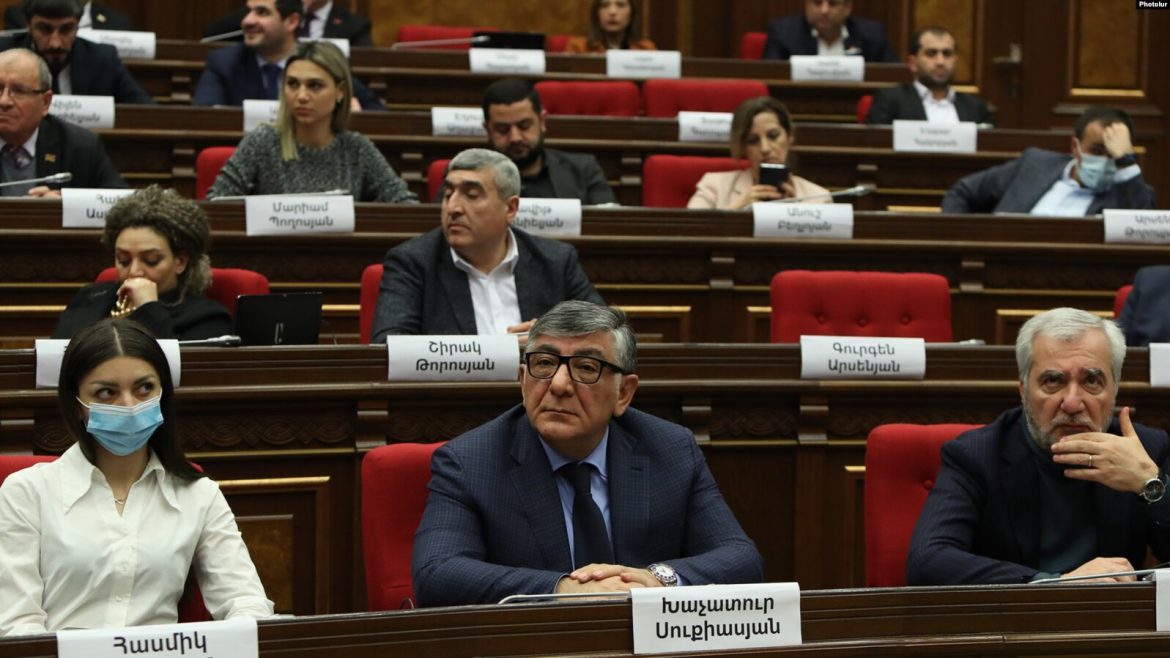 An Armenian law on mass media has until now not allowed the parliament, the prime minister’s office and other government agencies to revoke such accreditations typically valid for one year.

Under amendments to the law drafted by two deputies from Prime Minister Nikol Pashinyan’s Civil Contract party, the authorities will now be able to strip reporters of their press credentials if they are deemed to have violated “working rules” of relevant bodies twice within a year.

The amendments prompted strong criticism from many journalists and media experts when they were first circulated in April. Critics believe that the authorities want to bar “undesirable” journalists from covering parliament sessions, cabinet meetings and other major events.

Speaking during a parliament debate on Tuesday, Civil Contract’s Artur Hovannisian, a co-author of the legislation, again denied that it constitutes a new restriction on press freedom in Armenia. He argued that media outlets will be able to quickly replace their reporters stripped of accreditation.

The pro-government lawmaker said earlier that the amendments are primarily directed at parliamentary correspondents. He claimed that they have frequently insulted and even “threatened” members of the National Assembly.

Pashinyan’s political team had already been denounced by Armenian media associations as well as Western watchdogs such as Freedom House and Amnesty International for tripling maximum legal fines for “slander” and making it a crime to insult state officials.

Dozens of government critics have been prosecuted for offending Pashinyan and other officials since the corresponding amendments to the Armenian Criminal Code took effect last September.