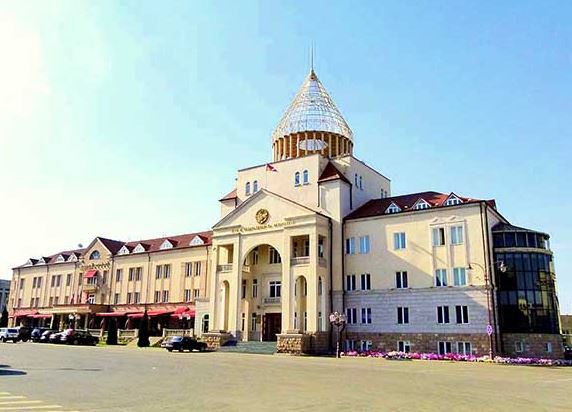 STEPANAKERT, ARTSAKH – In a statement released Tuesday on the official website of the Artsakh Republic’s parliament, four of the five parliamentary factions, including the party of Artsakh’s President Arayik Harutyunyan, harshly criticized European Council President Charles Michel and Nikol Pashinyan for their statements regarding the negotiations held last weekend at the Brussels summit with Azerbaijani president Ilham Aliyev.

The statement by the Artsakh leaders claimed Michel was “distorting the essence of the settlement of the Karabakh conflict and the legacy of the 30-year negotiating process” and that he and Pashinyan were effectively promoting Azerbaijan’s positions.

“For the first time in the negotiation speech, an attempt is made to abandon the political-geographical notion of ‘Nagorno Karabakh’, the phrase ‘ethnic Armenian population of Karabakh’ is put into circulation. All this is fully in line with the theses recently spread by the Azerbaijani regime before the meeting in Brussels, and testifies to the retreat of the foreign policy of the current Armenian authorities,” the statement added, asserting that Pashinyan’s policies do not correspond with the interests of the Artsakh Republic and its citizens.

Further criticizing Pashinyan’s government and confirming that his regime’s policies are not in line with Armenia’s obligations, the statement added that “the authorities of the Republic of Armenia are obliged to be guided exclusively by the position of advancing and defending the right of the people of Artsakh to self-determination in international instances, based on the July 8, 1992 decision of the Supreme Council of the Republic of Armenia, according to which ‘any international or domestic document where the NKR will be mentioned as part of Azerbaijan is considered unacceptable for Armenia.'”

Pashinyan caused outrage in Armenia and Artsakh after his previous meeting with Aliyev held in Brussels on April 6. He declared that the international community is pressing Armenia to scale back its demands on Artsakh’s status and recognize Azerbaijan’s territorial integrity.

Pashinyan signaled his intention to make such concessions, further confirming that he has agreed to hand over control of Artsakh to Azerbaijan.

As a result of massive protests taking place daily in Armenia demanding his resignation, Pashinyan has tried to remain vague on Artsakh’s status, in an apparent attempt to mitigate and sidestep the demands for his removal. However, he has also refrained from explicitly stating that his government will insist on a status of Arstakh outside of Azerbaijan.