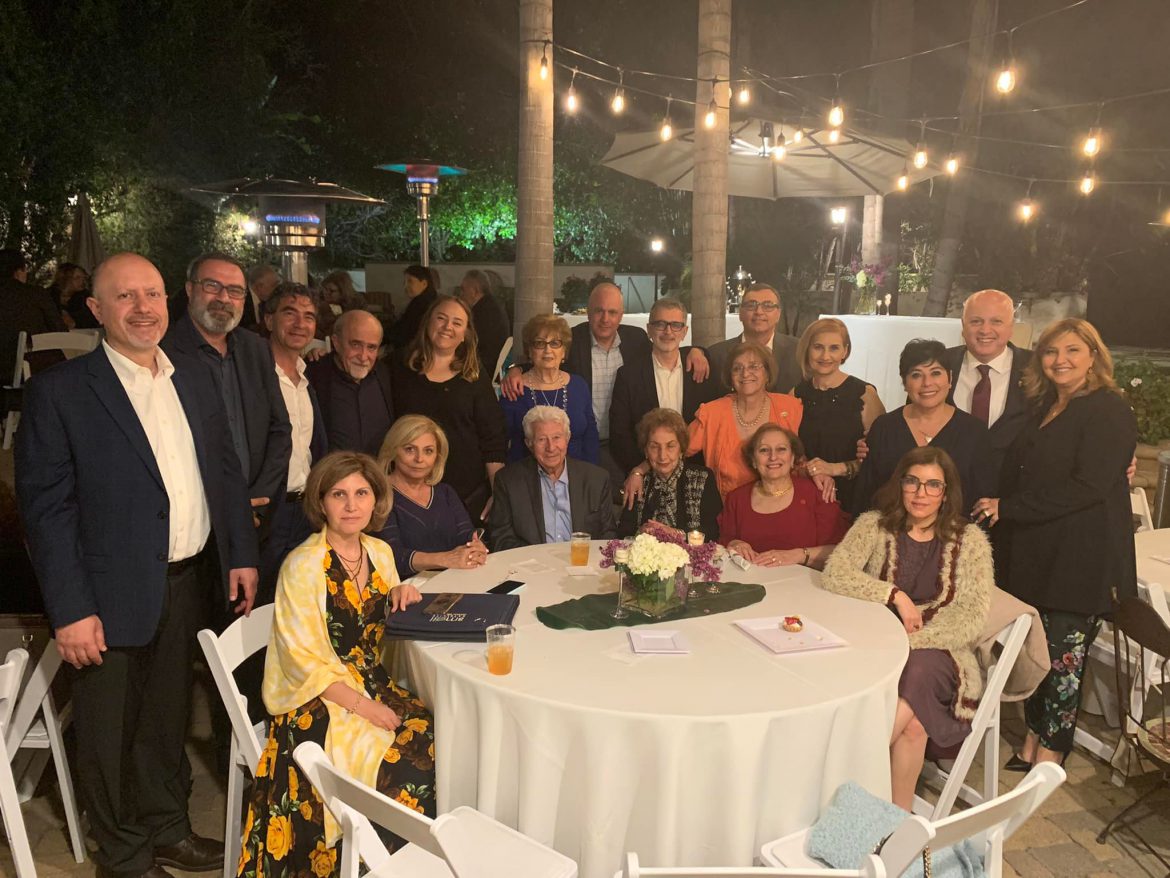 LOS ANGELES, CA – Following the precedent of a successful fundraiser that raised more than $100,000 at the residence of Hovig & Aida Dimejian late last year, another successful fundraising event was held at the residence of Pierre and Kathy Chraghchian, at the initiative of the ARF Western United States Central Committee on the evening of Friday, April 29. The event, which was attended by more than 80 benefactors, was held with great enthusiasm.

Aida Dimejian, mistress of ceremonies, welcomed attendees and thanked them for their participation and sponsorship.  She then invited Glendale Mayor Ardy Kassakhian to the stage, who appreciated the participation of those present, and stressed the incomparably difficult conditions of our compatriots in Artsakh today. He commended the ideological dedication of the event’s organizers and supporters for not abandoning the cause of the Armenian nation in such difficult days.

Der Khachadourian first thanked the Chraghchian family for creating the opportunity and hosting the event. He stressed that our march for justice has not ended and the struggle will continue until the final victory.

Vache Thomassian spoke on behalf of the ARF Glendale Aharonian Gomideh and reinforced the importance of youth centers and the work to be provided to the community through them.

Lala Yeremian, accompanied by Mher Gharakhanian on the guiter, graced the event with her performances of national revolutionary songs. In support of the Resistance Movement in Armenia, participants collectively sang the song “Zartir Lao”, which they dedicated to their kin in Armenia.