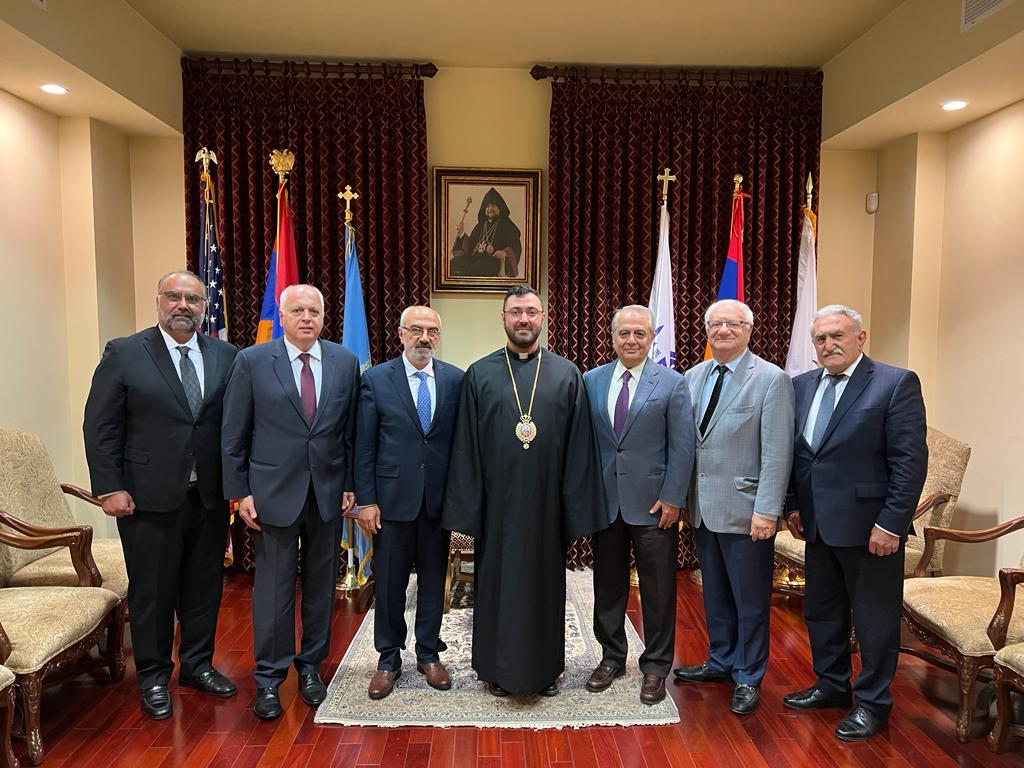 LOS ANGELES, CA – On Wednesday, June 15, the official ARF delegation visited the Western Prelacy and met with the Prelate. The ARF delegation was headed by ARF Bureau member Khajag Mgrdichian accompanied by ARF Western U.S.A. Central Committee Chairman Daron Der Khachadourian and Central Committee member Stepan Boyajian.  Prelate Torkom Donoyan was accompanied by the chair of the Western Prelacy board. Central Executive Member of the Catholicosate of the Holy See of Cilicia Gaidzag Zeitlian, was also present at the meeting. The focus of the conversation was the current issues in Armenia and Artsakh along with the problems of the Armenian community in the Western region, including the work and challenges of the Prelacy and our schools.

On the same day, the ARF delegation met with the Western Regional Board of the Hamazkayin Cultural and Educational Association. As in the previous meeting, the ARF delegation was headed by ARF Bureau member Khajag Mgrdichian who was accompanied by Central Committee Chairman Daron Der Khachadourian, and Central Committee member Mike Keleshian. The meeting was attended by Knar Kortoshian, Seda Grigorian, Vigen Harpoyan, members of the Hamazkayin Regional Board, and Dikran Babikian, on behalf of the Central Executive of Hamazkayin. At the heart of the conversation was the cultural life of the community and the imperative of overcoming the challenges brought on by COVID in order to get out of a state of emergency. Organizational issues were also discussed.

The overarching agenda of both meetings was the current crises in Armenia and Artsakh and the collective decisions that need to be made by our nation to overcome the challenges.