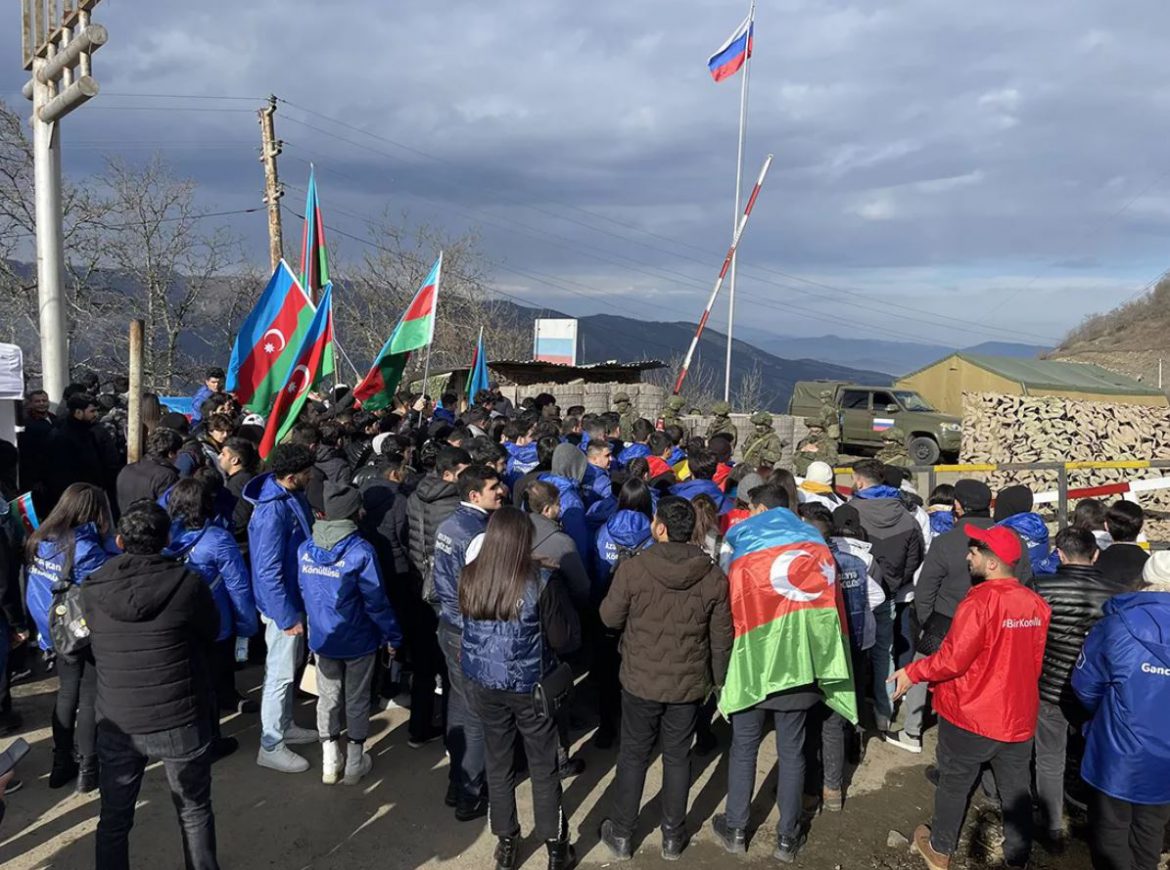 120,000 Armenians in Artsakh are trying to survive in sub-zero temperatures without heat, food and medicines due to the blockade of the Lachin Corridor by Azeri eco-terrorists who are masquerading as environmentalists. However, Azerbaijan is not going to get away with its grave human rights violations without paying a steep price.

Azerbaijan has become the laughing stock of the world. Just about every government, except for Erdogan’s dictatorship, has condemned the inhuman blockade of Artsakh.

International organizations, such as the United Nations Security Council, European Parliament, Council of Europe, European Union, and European Court of Human Rights have criticized the government of Azerbaijan for blockading the population of the Republic of Artsakh.

Thousands of newspapers and television stations around the world have harshly attacked Azerbaijan.

Many politicians, prominent individuals and parliaments have urged Azerbaijan to immediately unblock the Lachin Corridor.

Thus, the billions of dollars Azerbaijan has paid in bribes to officials in Europe and around the world to gain positive PR have been wasted.

After countless violations of international law, everyone has become aware of the dictatorial regime of Azerbaijan.

From now on, no country will urge Armenia to sign a peace treaty with Azerbaijan given its genocidal actions. Besides the outright murder of a people, the UN also defines genocide as: “deliberately inflicting on the group conditions of life calculated to bring about its physical destruction in whole or in part.”

Both sides of any conflict must be desirous of seeking peace. When Azerbaijan is hell-bent on destroying Artsakh and Armenia, how can anyone expect a peaceful co-habitation with such a murderous neighbor?

Pres. Aliyev has undermined his own claim that Artsakh Armenians can live happily under Azeri rule, just like all other citizens of Azerbaijan. Since the Azeris themselves are deprived of their basic rights, how would Artsakh Armenians enjoy any rights? It is inconceivable for Artsakh Armenians to live in Azerbaijan, a government that is starving its ‘future’ citizens.

Pres. Aliyev does not hide his mischievous intent. He regularly makes Armenophobic statements, claiming that in addition to Artsakh, the entire Republic of Armenia was historic Azerbaijan. Of course, this is a ridiculous statement. Whereas Armenia has existed for thousands of years, Azerbaijan is barely over one hundred years old.

The fake Azeri environmentalists have never protested the severe air pollution in their own country. They also ignored the Azeri military’s use of internationally-banned white phosphorus during the 2020 War which destroyed forests, humans and other creatures in Artsakh.

Many of the so-called Azeri protesters who have blocked the Lachin Corridor are members of the Azeri military. No Azeri is allowed to enter the occupied territories of Artsakh without the permission of Azerbaijan’s government. Particularly ridiculous is the female Azeri protester who was wearing a mink coat and acting as if she was an environmentalist!

Meanwhile, the government of Azerbaijan kept denying that Azeris were blocking the Lachin Corridor by showing videos of a handful of International Red Cross cars and Russian Peacekeepers’ trucks crossing the Corridor. The small amount of supplies they are allowed to bring to Artsakh is a tiny percentage of the 400 tons of supplies previously delivered daily to Artsakh from Armenia.

The other mistake made by a high-ranking Artsakh official was his announcement that Armenian bandits were making money by using side roads that bypassed the Lachin Corridor to smuggle people and supplies in and out of Artsakh. This inappropriate announcement was immediately publicized by the Azeri media which published a map of the alternate route to reach Artsakh, threatening to bomb that route and telling the world that there is no blockade of Artsakh.

Besides Azerbaijan, Russia is to be blamed for the blockade of the Lachin Corridor as it is its responsibility to keep the Corridor open, according to the agreement signed by Armenia, Azerbaijan and Russia at the end of the 2020 War. The Russian Peacekeepers should not have allowed the Azeri mob to reach the Corridor, let alone block it. Furthermore, 120,000 Artsakh Armenians, instead of slowly starving to death, should have forcefully removed the Azeri mob and opened the Corridor.

The Armenian government has its own share of responsibility for the blockade. By telling Artsakh’s leaders to deal directly with Azerbaijan to solve their dispute, Armenia’s leaders have washed their hands from Artsakh, leaving Artsakh to face alone the powerful Azeri enemy, even though Armenia had repeatedly declared that it is the guarantor of Artsakh’s security.

Finally, the Diaspora Armenian communities, instead of holding peaceful protests, should surround Azerbaijan’s Consulates and Embassies around the world, not allowing Azeris to go in or out of these buildings, the way they have blocked access to the Lachin Corridor.