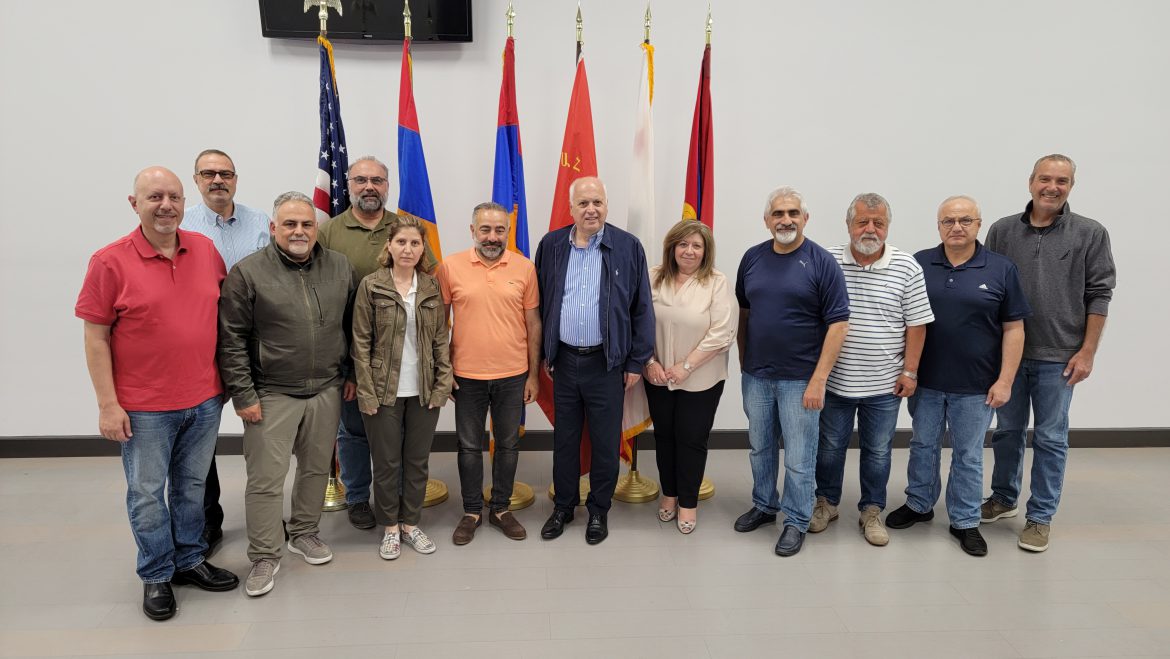 It was pointed out that Armenian communities have unfortunately become more passive in terms of pursuing national interests, especially since the great losses suffered by Armenia and Artsakh over the last two years.

Also discussed were means to restore the former vitality and energy of the Armenian Diaspora communities and to give hope to new generations. The crisis engulfing Armenia and Artsakh and ways to support the “Resistance” movement in Armenia were also examined.

The Central Committee and its guest also analyzed challenges facing Diaspora organizations and agreed that it is vital to strengthen the ARF’s global structure, to neutralize all forms of foreign interference that are attempting to strain the organization.