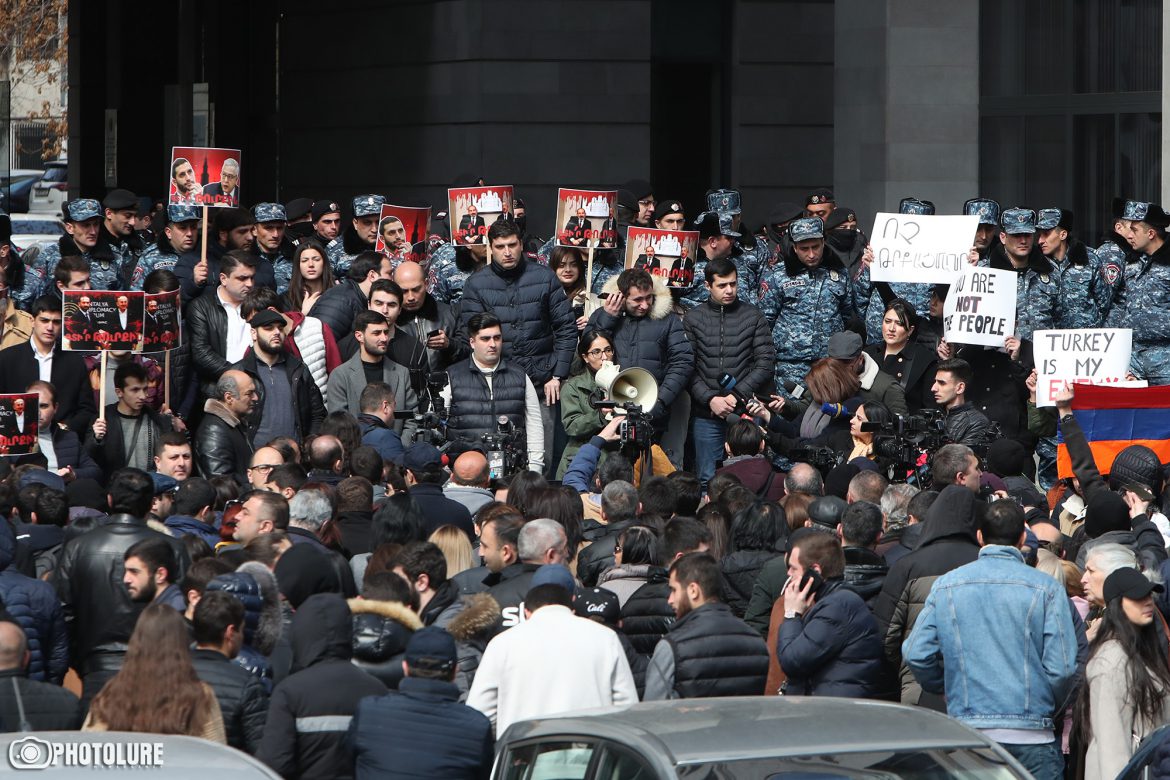 The ARF Youth Organization of Armenia and the youth arm of the Republican Party of Armenia (HHK) organized a protest outside the Armenian Foreign Ministry building in downtown Yerevan Thursday.

“We have gathered here to raise our voice against the pro-Turkish authorities of Armenia, who are serving Turkish-Azerbaijani interests. We are here to remind Arabat [it is how Ararat Mirzoyan was called at a TV Turkish broadcast] that he has no moral right to speak on behalf of the Armenian people, the Armenian society,” one of the protesters told reporters.

The action continued with a march to the government building where hundreds of police were amassed, although the protest was completely peaceful. There the organizers recommitted to continuing their efforts and assured that they will do whatever it takes to prevent the surrender of Artsakh and Turkification of Armenia.