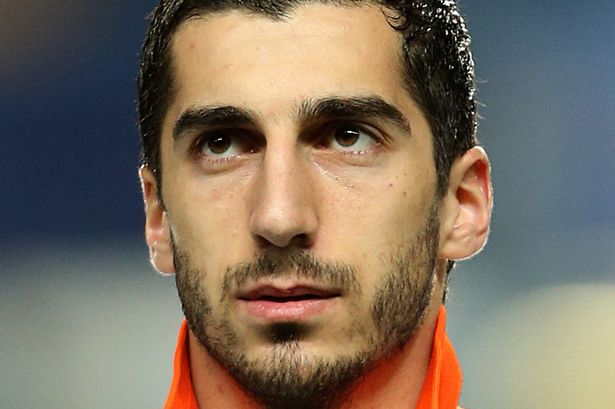 By Andre Khatchaturian, The Armenian Weekly

The Armenian national team will usher in a new era when they march onto the pitch to take on Montenegro on March 24 at Vazgen Sargsyan Republican Stadium: life without Henrikh Mkhitaryan.

The star midfielder announced his retirement from the national team earlier this month, ending a memorable 15-year run which elevated the Armenian national team from international obscurity to a respectable program with a bright future.

“I wanted to win every step of my career, no matter how difficult that would be,” Mkhitaryan wrote in an emotional Instagram post. “It was an honor to play for my nation for the past 15 years and even more so of an honor to captain it for the last six years.”

When Mkhitaryan entered the scene for his first career international game – a friendly against Panama in 2007 – Armenia was 123rd in the previous year’s FIFA world rankings. This was the lowest ranking in the history of independent Armenian football.

Mkhitaryan’s impact was not immediate as it would take him two years to record his first career goal with the national team. But once he came into his own, “Heno” propelled his country to new heights.

During the 2012 UEFA Euro Cup qualification tournament, Mkhitaryan excelled on the global stage, scoring six goals in 10 games and leading Armenia to a third-place finish. Only a controversial loss to Ireland prevented Armenia from advancing to the play-off for a chance to clinch a berth to its first Euro Cup.

The five wins and 17 points Armenia attained during the qualifiers are still the most by the nation in an international qualification tournament. After the qualifiers, Armenia reached its highest international ranking – climbing up to 35th in the world in 2013.

Mkhitaryan finished his international career with 95 appearances – the second-most in Armenian history. His 32 goals are the most in the country’s history and 18 more than Gevorg Ghazaryan and Yura Movsisyan, who are tied for second on the all-time goals list for Armenia.

“Henrikh is the best player of independent Armenian history,” Football Federation of Armenia president Armen Melikbekyan said after Mkhitaryan’s announcement. “His contribution cannot be overestimated. The doors of the Armenian national team will always be open for him.”

“I was lucky to enjoy Henrikh playing and training in the national team,” head coach Joaquin Caparros said. “I think that Heno is more than just a player for Armenian football.”

Despite his on-field success, Mkhitaryan was unable to lead Armenia to its first World Cup or Euro Cup appearance. But for a decade and a half, the national team had a world-class threat on the pitch that could change the game at any moment.

Because of this, Armenia finds itself in a respectable position as they enter life without Mkhitaryan. For one, they have shown they can win without him. All three of their wins during the most recent World Cup qualifiers came sans Heno. Secondly, Armenia will participate in League B of the UEFA Nations League for the first time this year. A strong performance could further boost Armenia’s world rank and position them for an appearance at the 2024 Euro Cup.

Mkhitaryan leaves the national team in good hands. With up-and-coming players like Lucas Zelarayan, Tigran Barseghyan and Varazdat Haroyan, Armenia can be confident they can continue to grow in the post-Heno era.