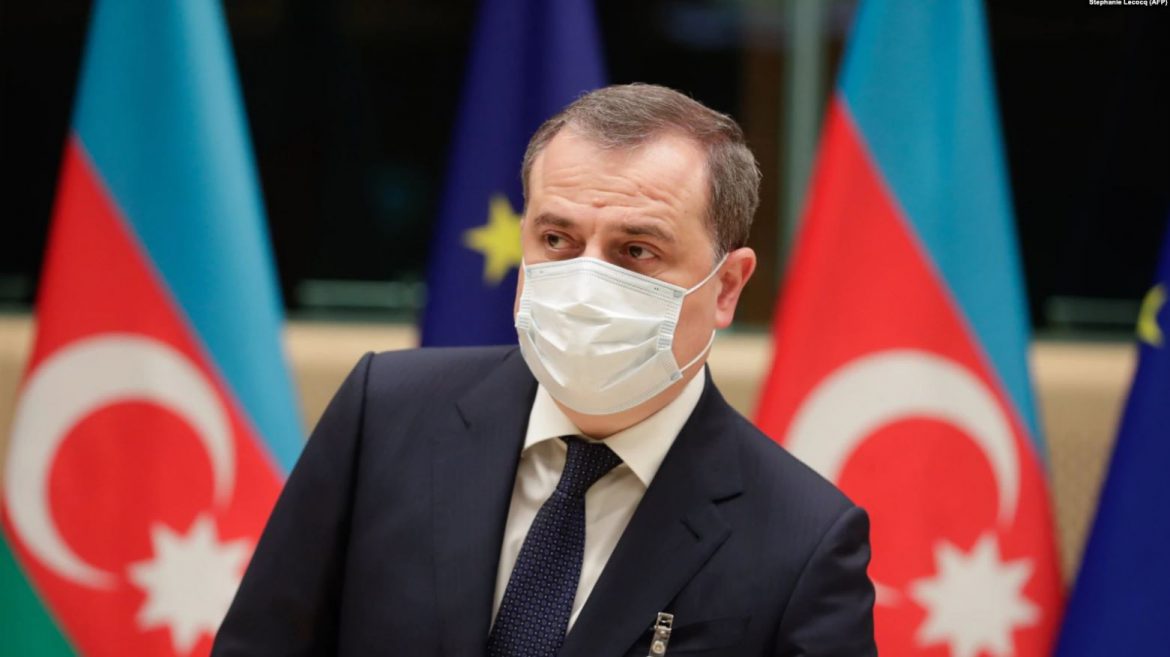 In March, Azerbaijan presented Armenia with five elements which it wants to be at the heart of the treaty. They include a mutual recognition of each other’s territorial integrity. The Armenian government said they are acceptable to it in principle, setting the stage for official negotiations on the issue.

Armen Grigorian, the secretary of Armenia’s Security Council, said last week that Yerevan has also come up its own ideas about the comprehensive peace deal. Grigorian did not disclose the six proposals submitted to Baku. He said only that the two sides have tentatively agreed to discuss them in their planned negotiations.

“If we look at that [Armenian] document we will see that they can’t be called proposals,” Bayramov told Azerbaijani journalists. He said Yerevan simply reacted to what was proposed by the Azerbaijani side.

“I can list some of the six points of their reaction so that you conclude to what extent they can be considered proposals,” added Bayramov.

In particular, he went on, the Armenian side made clear that it has no territorial claims to Azerbaijan and suggested that the would-be peace treaty reaffirm the parties’ commitment to Armenian-Azerbaijani agreements brokered by Russia during and after the 2020 war in Nagorno-Karabakh. The Azerbaijani minister did not shed light on the other Armenian proposals.

Edmon Marukian, a recently appointed Armenian ambassador-at-large, told the Armenpress news agency later on Tuesday that the proposals also relate to the future status of Karabakh and security guarantees for its ethnic Armenian population. Marukian too insisted that Baku had agreed to include these issues on the agenda of the talks on the peace treaty.

Armenian Prime Minister Nikol Pashinian and Azerbaijani President Ilham Aliyev pledged to launch such talks soon when they met in Brussels on April 6.

Pashinian said afterwards that the international community is pressing Armenia to recognize Azerbaijan’s territorial integrity and scale back its demands for international recognition of Karabakh’s secession from Azerbaijan. He signaled his readiness to make such concessions, triggering anti-government street protests in Yerevan.

Pashinian and Aliyev also agreed to set up before the end of April a joint commission demarcating the Armenian-Azerbaijani border. The commission has still not begun its work.

Bayramov said on Tuesday that the two sides have agreed on its composition. But he gave no dates for the first meeting of the task force.