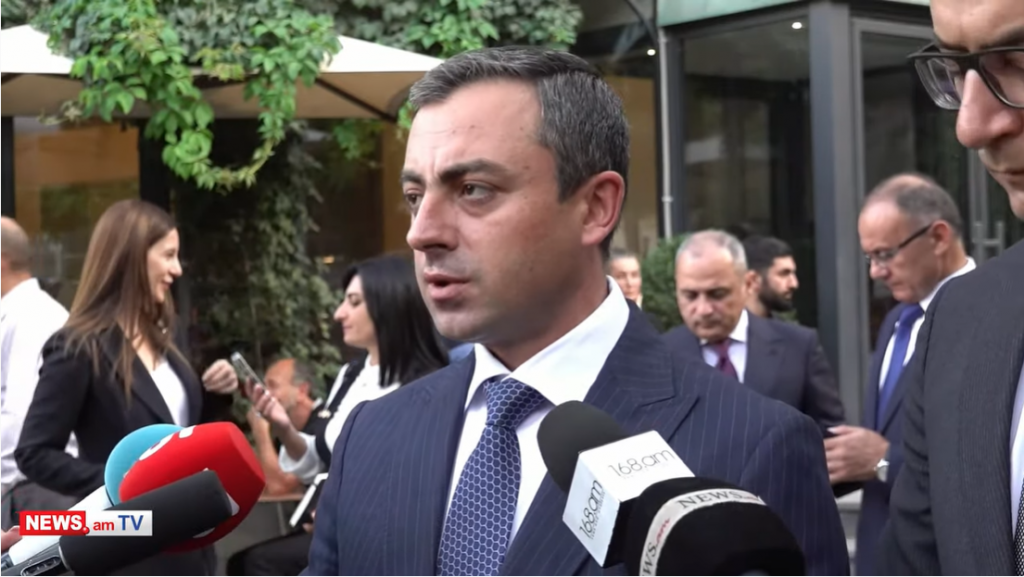 YEREVAN, CA – Speaker of the US House of Representatives, Nancy Pelosi, who arrived in Armenia yesterday, on September 18, also had a meeting with the opposition factions represented in Armenia’s parliament .

“We spoke about Azerbaijan’s aggression with Nancy Pelosi,” Ishkhan Saghatelyan told reporters after the meeting.

“We very clearly conveyed our position that Azerbaijan continues the war, and that it is unacceptable for us that the United States continues to support Azerbaijan. We are talking about military-political support. Because of this, Azerbaijan has become more brazen and insolent, continues its aggression against the Republic of Armenia. We talked about resolution 907 and the need to stop the aid next year,” Saghatelyan said.

He mentioned that the issue of Armenian prisoners of war was also discussed. “We talked about the internal democracy of Armenia, the status of Artsakh and all the problems,” added Saghatelyan.

To the question of what position Nancy Pelosi expressed regarding H.R. 907, Saghatelyan answered.

“They said that they will discuss Section 907, and that they will not be satisfied with just statements. After their return, these issues will be discussed and raised in the Congress.”