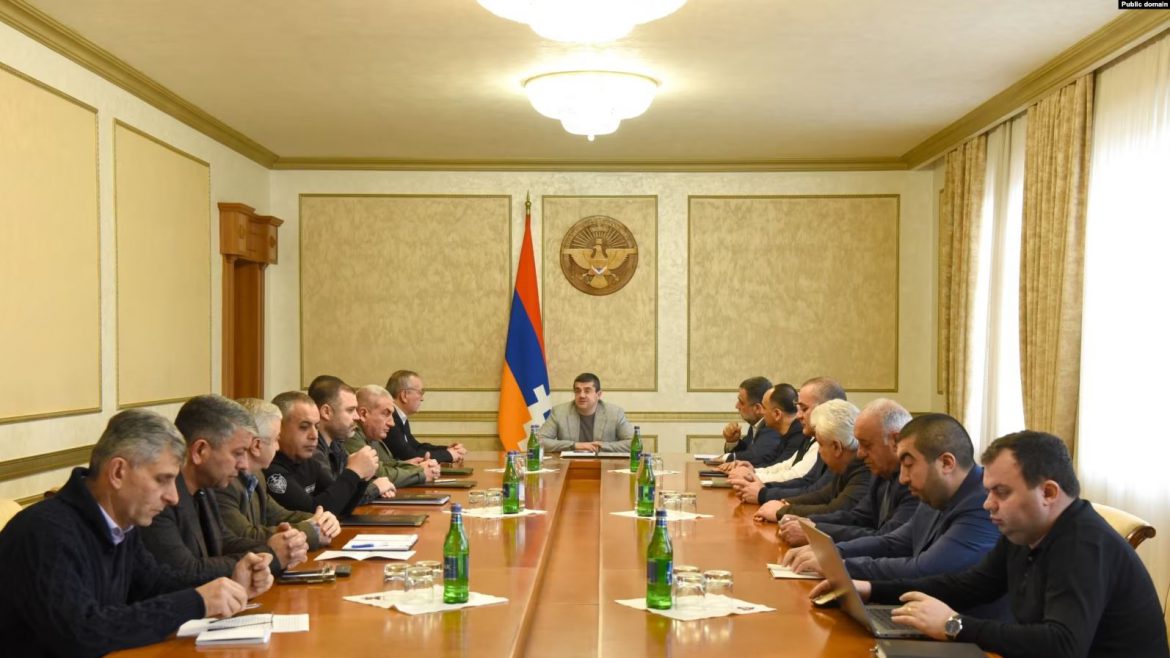 On Wednesday, Artsakh’s political leadership criticized Nikol Pashinyan’s latest statements on the conflict with Azerbaijan and said Armenia must not end its support for Artsakh’s right to self-determination.

Pashinyan claimed on Tuesday, once again, that the international community has always regarded Artsakh as an integral part of Azerbaijan. He also declared that the Armenian government must only deal with Armenia’s problems and that the authorities in Stepanakert should settle the conflict in Artsakh on their own.

“Perhaps we were not quite pragmatic when it seemed to us that the four UN Security Council resolutions [on the Artsakh conflict] are just pieces of paper which we can ignore,” Pashinyan told a news conference.

Artsakh’s president and top security officials as well as leaders of its main political factions expressed serious concern over Pashinyan’s comments during an emergency meeting held in Stepanakert.

In a joint statement issued after the meeting, they said the comments run counter to “the position adopted by the Republic of Artsakh’s population and authorities.”

“We … reaffirm our position that Artsakh’s sovereignty and right to live in the historical homeland freely and independently are absolute values,” read the statement. “No coercion or threat can hold us back from our decision to continue our struggle.”

The statement urged Yerevan to continue to champion “the Artsakh people’s right to self-determination” in the international arena.

Pashinyan’s administration appears to have stopped doing so after the 2020 Armenian-Azerbaijani war. Over the past year the Armenian premier has spoken instead of the need to ensure “the rights and security of the Armenians of Nagorno-Karabakh.”

In April 2022, Pashinyan said the international community is pressing Armenia to “lower the bar” on Artsakh’s future status and signaled his readiness to do that. The statement prompted strong criticism from Artsakh’s leadership and the Armenian opposition, which staged antigovernment protests in Yerevan.

Pashinyan rekindled tensions with Stepanakert in October when he moved to sign a peace between Armenia and Azerbaijan that would commit the two states to recognizing each other’s territorial integrity. His critics portrayed this as further proof of his readiness to recognize Azerbaijani sovereignty over Artsakh.

Artsakh leaders travelled to Yerevan later in October to seek clarification over the issue.

Pashinyan’s latest remarks, which came amid a continuing Azerbaijani blockade of Artsakh’s land link with Armenia, were also denounced by Armenian opposition leaders. Some of them argued, in particular, that the United States, Russia and France for years advanced a peace deal that would allow Artsakh’s population to determine the disputed region’s status in a future referendum.