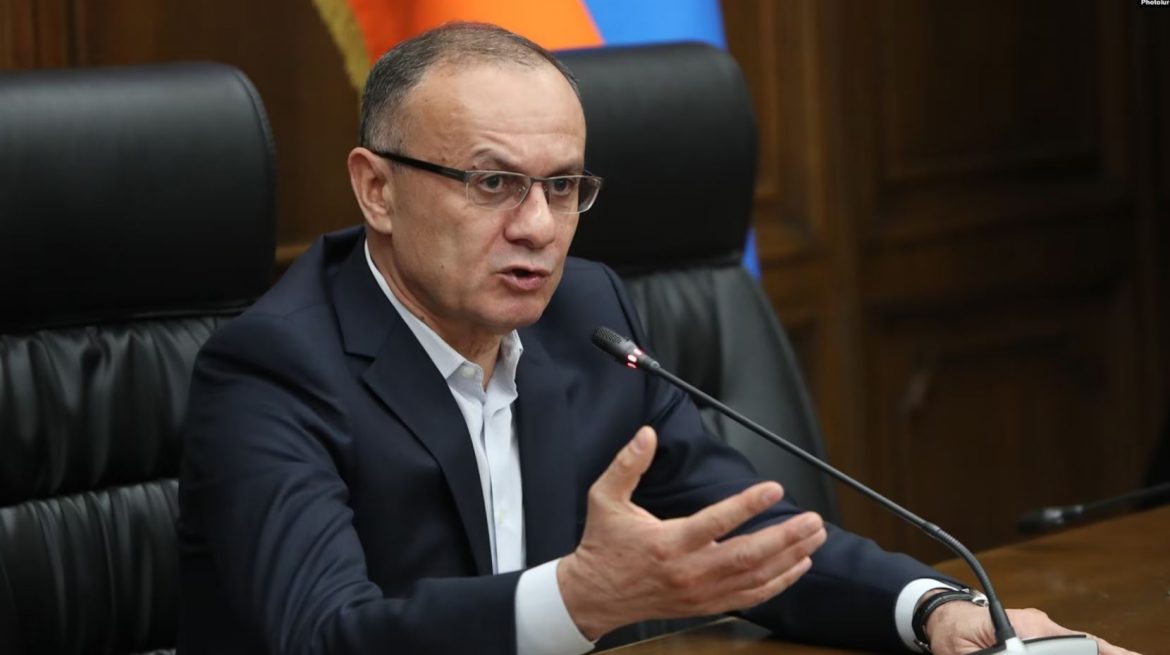 Prosecutors have asked the Armenian parliament to allow them to bring criminal charges against Seyran Ohanian, the parliamentary leader of the main opposition Hayastan alliance.

In a letter to the National Assembly reported by her office on Friday, Prosecutor-General Anna Vardapetian claimed that Ohanian embezzled properties and committed a “large-scale waste” of public funds when serving as Armenia’s defense minister from 2008-2016.

A statement released by the Office of the Prosecutor-General gave no details of the accusations. The office refused to shed light on them when contacted by RFE/RL’s Armenian Service.

Ohanian described the prosecutors’ move as “political persecution” ordered by the Armenian government. He said Prime Minister Nikol Pashinyan is thus trying to deflect public attention from its national security failings and, in particular, an apparent fire that killed 15 Armenian soldiers early on Thursday.

The shock deaths caused public uproar and calls for the resignation of Defense Minister Suren Papikian and even Pashinyan. In a statement released on Thursday, Hayastan blamed Pashinyan’s administration for what was one of the deadliest accidents ever registered in the Armenian armed forces.

“I am not worried at all,” Ohanian told reporters. “After I familiarize myself with materials [of the criminal case] I will comment to the public and media.”

Vardapetian did not yet request permission to arrest Ohanian. Her spokeswoman, Lusine Martirosian, would not say whether she might seek one later on.

The National Assembly, which is controlled by Pashinyan’s Civil Contract party, is expected to discuss the prosecutor-general’s petition on February 7. Civil Contract lawmakers refused to say whether they will vote to lift Ohanian’s immunity from prosecution.