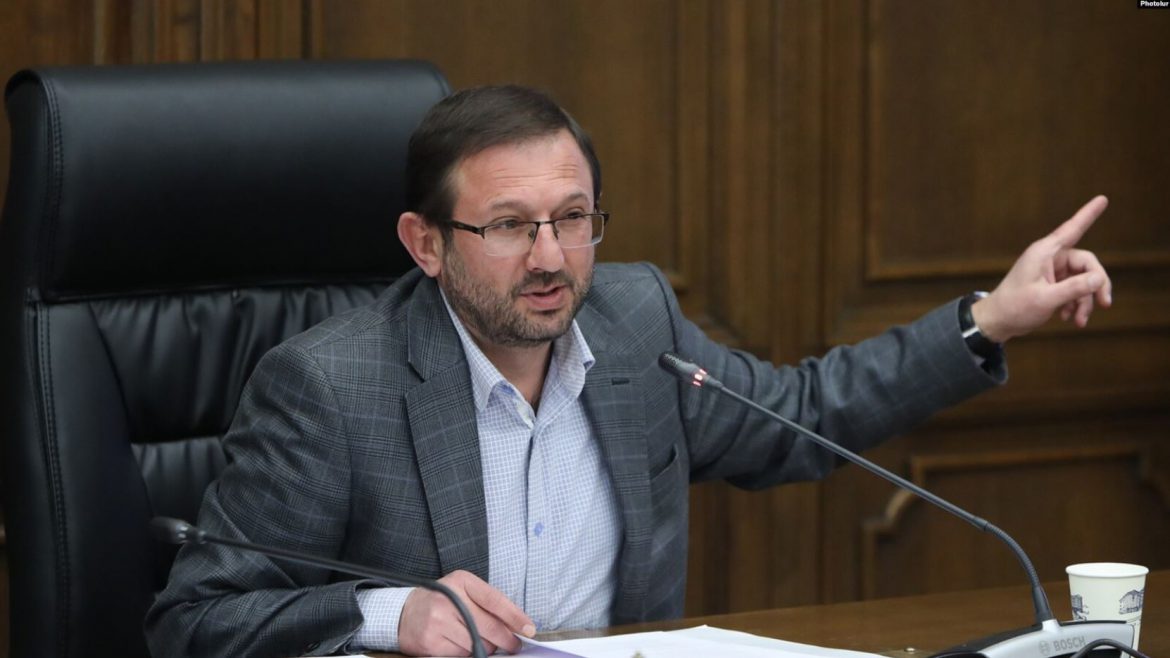 The leaflets which appeared in various parts of Yerevan on Sunday described Crimea and other internationally recognized parts of Ukraine as well as Georgia and Kazakhstan as Russian territory. They also called for Nagorno-Karabakh to be incorporated into Russia.

Gegham Manukian, a lawmaker representing Hayastan, insisted that the bloc headed by former President Robert Kocharian has nothing to do with the leaflets which he said are aimed at discrediting it.

Manukian said law-enforcement bodies must launch an inquiry. “Instead of executing stupid orders of Nikol [Pashinian,] the National Security Service should deal with such dangerous provocations,” he said.

The NSS did not immediately react to the demand. A spokesman for the Armenian police said, meanwhile, that they are not investigating the matter because they have not yet received any formal complaints.

Manukian refused to comment on the content of the leaflets, saying that the “provocateurs” wanted Hayastan to do just that.

The pro-Russian leaflets were disseminated by unknown individuals just days after the Russian Embassy in Yerevan sent a rare protest note to the Armenian Foreign Ministry. The embassy demanded action against Armenian fringe groups and activists that implicated Moscow in last week’s massive explosion at a Yerevan market that left at least 16 people dead.