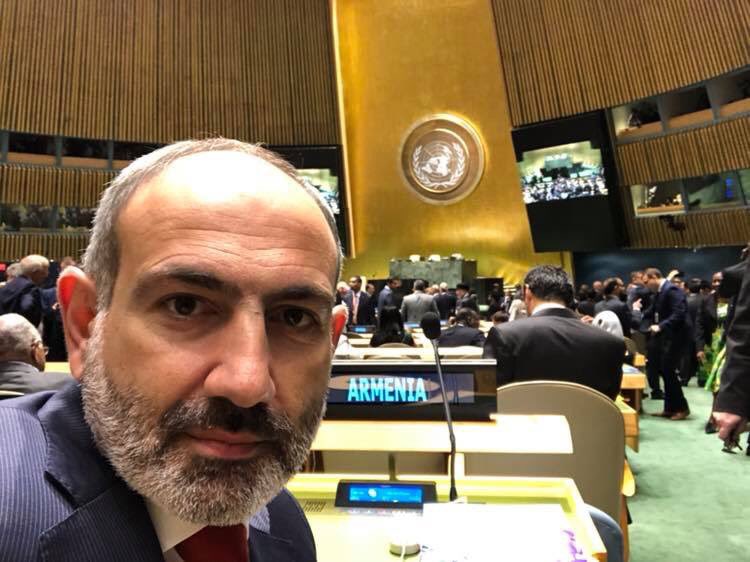 There might be heads of state who have sued their own governments after they were overthrown or their possessions confiscated, but, I am not aware of any leader in office who continued his pending lawsuit against his own country in a foreign court. We have the incredible case of not one, but two lawsuits filed years ago by Nikol Pashinyan against the Republic of Armenia in the European Court of Human Rights. These two lawsuits were still pending when he became Prime Minister. In addition, Alexander Arzumanyan had also a pending lawsuit against the Republic of Armenia in the European Court at the time of his appointment as Ambassador.

No one can fault citizen Pashinyan for filing the two lawsuits, long before he began serving as Prime Minister in 2018, in order to clear his name after he and his newspaper were found guilty of violating Armenian laws. However, after becoming Prime Minister, he should have withdrawn the lawsuits from the European Court and filed an appeal with Armenian courts which he has done now four years after assuming his current office. During his January 2022 “press conference,” Pashinyan admitted that he had thought about filing an appeal in Armenian courts, however, he said that he decided to wait until the European Court had made its decision. I believe it would have been more proper to withdraw the lawsuits from the European Court and file the appeal in Armenia.

Armenpress reported on Feb. 16, 2022 that “the Prosecutor-General of Armenia Artur Davtyan filed a motion in the Court of Appeal requesting to overturn the 2010 guilty verdict of Nikol Pashinyan and exonerate him. On January 19, 2010, the Yerevan Court of General Jurisdiction had found Pashinyan guilty of ‘organizing mass disturbances’ during the March 1, 2008, demonstrations [which resulted in 10 deaths, burned cars and looted stores. After hiding from authorities for 16 months], Pashinyan was sentenced to seven years in prison but served a little less than two years and was released under a general amnesty. On January 18, 2022, the European Court of Human Rights issued a judgment in the case of Pashinyan vs. Armenia, which Pashinyan had filed when he was an opposition politician. The European Court recognized that Pashinyan’s right to freedom, personal immunity, as well as the right to freedom of peaceful assembly were violated.” The European Court did not award Pashinyan with any amount of money for damages or legal fees.

Pashinyan’s second lawsuit in the European Court of Human Rights against the Republic of Armenia was filed by Dareskizb, the publishing company of his newspaper, Haykakan Jamanak. The newspaper had printed on October 14, 2010, an article under the headline: “Seven out of Eight are in the List,” accusing several high-ranking Armenian government officials of involvement in “drug and human trafficking and money laundering crimes.” Three of the accused officials filed a lawsuit in an Armenian court against Haykakan Jamanak for defamation. Pashinyan lost the lawsuit and the subsequent appeal.

The European Court decided in 2021 that the applicant’s rights were violated. The Government of Armenia was ordered to pay the publishing company of Pashinyan’s newspaper 9,000 euros in damages, in addition to taxes.

Alexander Arzumanyan had also filed a lawsuit against the Republic of Armenia in the European Court before being appointed Ambassador to Denmark and Norway in 2017, and additionally to Sweden in 2019. He challenged in the European Court of Human Rights his conviction by an Armenian court for his involvement in the 2008 protests following the presidential elections. He was the head of Levon Ter Petrosyan’s presidential campaign. Prior to that, Arzumanyan was Armenia’s Foreign Minister. In 2001, he became one of the founding members of the Turkish Armenian Reconciliation Commission. Following the 2008 protests, he was arrested and charged with “usurpation of State power.” On June 22, 2009, an Armenian court found him guilty of organizing mass disorder, sentenced him to five years in prison, and freed him immediately due to an amnesty. In 2009, Arzumanyan appealed to the European Court which ruled in 2021 that his rights to freedom of expression and freedom of peaceful assembly have been violated. Just like Pashinyan, Arzumanyan chose not to withdraw his lawsuit from the European Court of Human Rights after becoming an Ambassador. I don’t know why the Armenian government did not make his appointment in 2017 conditional on the withdrawal of his lawsuit. The ECHR ordered the Republic of Armenia to pay Amb. Arzumanyan 9,000 euros for damages and 2,600 euros for legal costs and expenses, in addition to taxes.

I wonder whether there is any other country in the world whose Prime Minister and Ambassador had pending lawsuits against their own country in a foreign court at the time of assuming office, obliging the Republic of Armenia to pay them damages and legal fees from their own governmental budget.