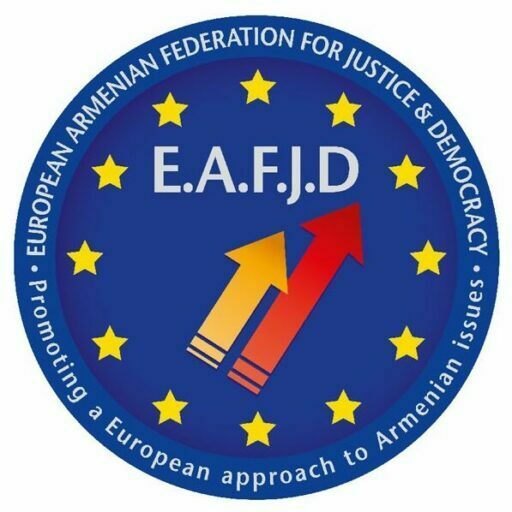 Brussels, 16 June 2022 – On the initiative of the EAFJD, 91 organizations active in the EU Member states sent a letter to the President of the European Council Charles Michel, expressing profound discontent with his statement following the trilateral meeting with the Armenian Prime Minister Nikol Pashinyan and the Azerbaijani President Ilham Aliyev dating to 23 May 2022.

The organizations welcome Charles Michel’s efforts for peace negotiations. Nevertheless, they emphasize the importance of ensuring that peace is negotiated based on justice and not by sacrificing the fundamental rights and needs of the Armenian side which has been a victim of vicious aggression of the Turkish-Azerbaijani tandem in 2020.

The organizations regret that the press statement of 23 May disregards key principles of EU’s documented approach towards the resolution of the Nagorno Karabakh conflict and overall endorses the Azerbaijani stance on the conflict resolution in some crucial aspects. This includes using the wording “Karabakh” while referring to the conflict, instead of “Nagorno Karabakh” which is a political entity with a defined territory. The letter further elaborates that using the term Karabakh by the Azerbaijani authorities is a part of the ongoing state policy of ethnic cleansing against the indigenous Armenian population of Nagorno Karabakh.

Referring to the statement by the spokesperson of Charles Michel on 31 May 2022, the organizations express appreciation that it introduced important clarifications and emphasized key principles. The organizations express hope that EU’s future mediation on the Nagorno Karabakh conflict does justice to negotiating an equitable and lasting peace. For this purpose the call on the President of the European Council to base the mediation on six concrete aspects.

The full letter can be consulted below: