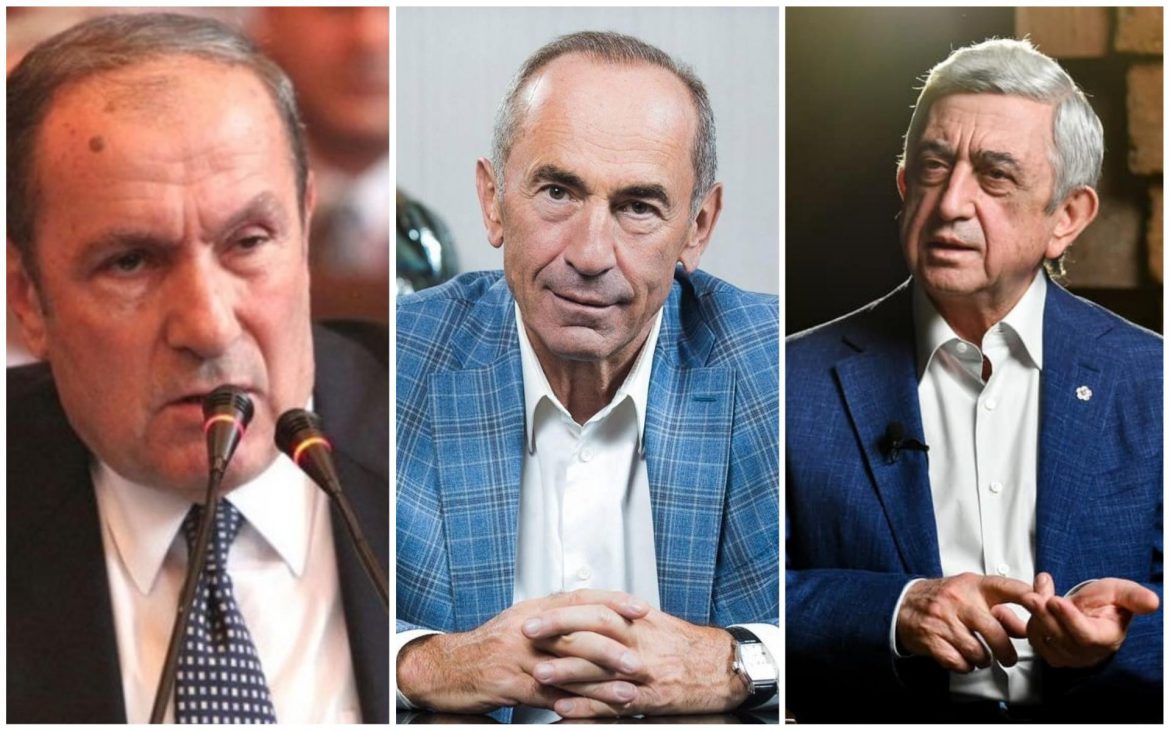 The meeting was hosted by Catholicos Garegin II, the supreme head of the Armenian Apostolic Church, at his headquarters in Echmiadzin. Two former presidents of Nagorno-Karabakh, Bako Sahakian and Arkadi Ghukasian, also attended it.

In a statement, the church’s Mother See said that the participants of the meeting discussed “the situation in Armenia.”

“It was decided to continue meetings,” the statement said without giving details.

None of the ex-presidents or their offices made public statements immediately after their rare trilateral encounter.

Ishkhan Saghatelian, an opposition leader, called for such crisis talks on September 13 the day after Azerbaijani forces reportedly attacked various sections of Armenia’s border with Azerbaijan. He said Ter-Petrosian, Kocharian and Sarkisian as well as Garegin and other “influential figures” should jointly explore ways of “getting the country out of this situation.”

Saghatelian is a leading member of the main opposition Hayastan alliance headed by Kocharian.

Ter-Petrosian, Kocharian and Sarkisian, who have long had uneasy relations with each other, previously met in October 2020 during the Armenian-Azerbaijani war in Karabakh. They discussed jointly seeking greater international — and in particular Russian — support for Armenia. The initiative did not translate into concrete action because of what they described as a lack of cooperation by Prime Minister Nikol Pashinian.