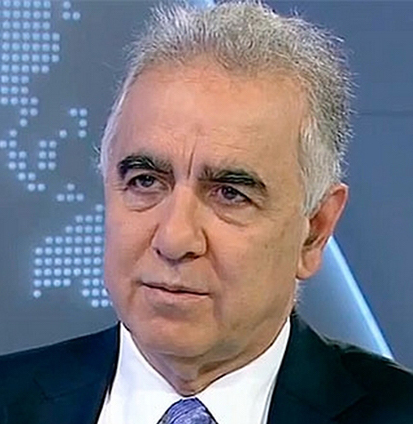 With each passing day, the Armenian American community is getting increasingly disappointed with President Joe Biden’s anti-Armenian actions. He has done more harm than good to Armenia’s interests.

The US General Accounting Office (GAO) reported that from 2002 to 2020 the Departments of State, Defense and Energy, and the US Agency for International Development provided to Azerbaijan $808 million in US aid, of which $164 million (20 percent) was for ‘security’ assistance. On March 31, 2022, the US Ambassador to Baku proudly tweeted that the US Department of Defense just donated $30 million of ‘equipment’ to Azerbaijan. It makes no sense whatsoever to provide assistance to oil-rich Azerbaijan which is plush with billions of petrodollars. This is a complete waste of US taxpayers’ money.

During a recent hearing, when Senator Robert Menendez (D-NJ), chairman of the Senate Foreign Relations Committee, questioned Secretary of State Antony Blinken why the State Department failed to report to Congress the impact of the assistance to Baku on the military balance between Azerbaijan and Armenia, Blinken gave an evasive answer by promising to look into it.

Even though previous presidents had also waived Section 907, thus providing assistance to filthy rich Azerbaijan, Biden, during his 2020 presidential campaign, boldly criticized Pres. Donald Trump for waiving Section 907. Yet, within three months of becoming President, he did the same thing as Trump.

What is the point of acknowledging the Armenian Genocide and then providing weapons to Azerbaijan to continue killing Armenians, as was the case in the 2020 war? We need action, not empty words.

Another blunder of the Biden administration is not enforcing the ban on the transfer of US weapons to third countries. The prime example of this violation is the use of US F-16 military jets by Turkey in Azerbaijan during the 2020 Artsakh war. In addition, the US did not ban the sale of US parts in the Bayraktar Turkish drones which played a key role in the 2020 war.

The Biden administration reduced aid to Armenia to $24 million and allocated a pitiful amount of humanitarian assistance to thousands of displaced Armenians from Artsakh, while acknowledging that they are in an “acute humanitarian crisis.”

The Biden administration has also failed to:

1) Pressure Azerbaijan to immediately release the Armenian prisoners from Baku jails after the end of the 2020 war.

2) Condemn Turkey’s recruitment and transfer of Islamist terrorists to participate in the 2020 Artsakh war on behalf of Azerbaijan.

3) Criticize the incursion of Azeri troops into Armenian territory since May 12, 2021.

4) Take action regarding the massive human rights violations by Azerbaijan and Turkey, while hypocritically talking about human rights being a core tenet of US foreign policy.

Instead, we hear repeated US calls in support of “Armenia-Turkey reconciliation” and a “peace agreement with Azerbaijan,” which are contrary to Armenia’s national interests.

Amazingly, the Biden administration just informed Congress that it supports the sale to Turkey of missiles, radar, and electronics for its existing fleet of F-16 fighter jets. In addition, Turkey has asked for the purchase of 40 new F-16 jets.

The Biden administration is wrong that the proposed arms sale to Turkey “serves NATO’s interests.” In fact, this sale faces an uphill battle in Congress as 60 members have expressed their vehement opposition.

Contrary to the Biden administration’s assertion, the proposed arms sale to Turkey will undermine US and NATO interests for the following reasons:

1) The F-16 jets will be used by Turkey in Syria and Iraq to bomb Kurdish fighters who are US allies in the fight against ISIS terrorists, whom Turkey supports.

2) Turkey will use the F-16s to continue its illegal intrusions into the territorial waters of Greece, a NATO member.

3) Turkey will use the F-16 jets to threaten the territorial integrity of Armenia.

4) Turkey continues to occupy Northern Cyprus since 1974 and refuses to leave despite scores of UN Security Council resolutions.

Finally, at a time when NATO countries, including the United States, are confronting Russia in Ukraine, the governments of Finland and Sweden have asked to join NATO. Except for Turkey, all other NATO members are in favor of the expedited memberships of Finland and Sweden. Pres. Erdogan announced that his country will veto the membership applications of these two countries, using the ridiculous argument that Finland and Sweden are “home to many terrorist organizations,” meaning Kurdish refugees. This is highly ironic coming from a country like Turkey, which has supported ISIS terrorists in Syria and Iraq for years.

By opposing the NATO memberships of Finland and Sweden, Turkey hopes to achieve the following aims:

1) To cater to Russia with which it has important military and commercial ties. Turkey is the only NATO member that has refused to sanction Russia and close its airspace to Russian planes. Turkey is Russia’s mole inside NATO.

2) To extract concessions from the United States to purchase arms and gain political support in return for allowing the applications of Finland and Sweden to join NATO.

It is clear that Turkey, Russia’s ally, does not belong in NATO. Before Pres. Biden decides to sell F-16 jets to Turkey, I suggest that he read The Washington Post editorial published on April 29, 2022, titled: “Turkey reaches a new low of despotism.”