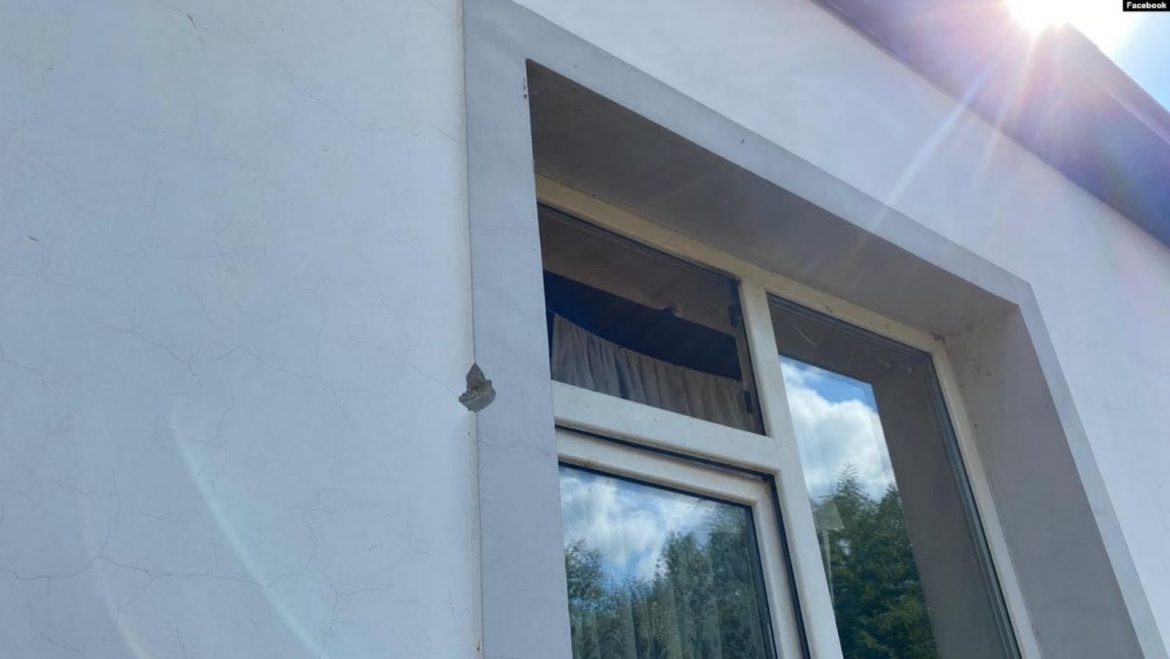 Authorities in Stepanakert accused Azerbaijani forces of opening fire at two villages in Nagorno-Karabakh early on Monday amid signs of rising tensions in the Armenian-Azerbaijani conflict zone.

Karabakh’s human rights ombudsman, Gegham Stepanian, said the Armenian-populated villages of Karmir Shuka and Taghavard came under Azerbaijani fire that lasted for about 30 minutes. The automatic gunfire damaged three local houses but did not injure any of their civilian residents, he said.

In a Facebook post, Stepanian portrayed the shooting as further proof of Baku’s continuing attempts to “terrorize people living in Artsakh and disrupt their normal life and activities.”

The Azerbaijani Defense Ministry denied opening fire at Karmir Shuka and Taghavard. It claimed separately that the Armenian army as well as Karabakh Armenian forces shot at its frontline positions late on Sunday.

The military authorities in both Yerevan and Stepanakert denied the claim. The Armenian Defense Ministry insisted that the situation along Armenia’s border with Azerbaijan remains “relatively stable.”

Baku has alleged Armenian truce violations along the Kelbajar and Lachin districts sandwiched between Armenia and Karabakh on a daily basis following the August 31 meeting of the two countries’ leaders held in Brussels. Yerevan has denied the allegations just as regularly.

On Saturday, Azerbaijan’s Defense Minister Zakir Hasanov held an emergency meeting with his top military commanders during which he reportedly ordered them to be ready to thwart “provocations of the Armenian armed forces in Karabakh and on the Armenian-Azerbaijani border.”

Hasanov held a similar meeting ahead of the deadly fighting in Karabakh that erupted on August 3. The two Karabakh villages reportedly came under fire on July 28.

Armenian pundits have suggested that the latest Azerbaijani allegations may be a prelude to another upsurge in violence in the Karabakh conflict zone. Edmon Marukian, a former opposition figure who now works as an ambassador-at-large, called on Monday for a “targeted reaction” from the international community, saying that it could discourage Baku from resorting to a fresh escalation.

Alen Simonian, the Armenian parliament speaker, noted, for his part, that Baku routinely ratchets up tension in the conflict zone in a bid to clinch major concessions from the Armenian side.

“Let nobody have the impression that we think all issues have been solved or anything,” Simonian told reporters. “We always expect that there could be a provocation by the Azerbaijani side.”

At the same time, Simonian dismissed suggestions that the mounting tensions are the result of an apparent lack of progress made by Prime Minister Nikol Pashinian and Azerbaijani President Ilham Aliyev at their August 31 meeting in Brussels hosted by European Council President Charles Michel.

On September 3, Armenian Foreign Minister Ararat Mirzoyan accused Azerbaijan of misrepresenting the results of that summit. Mirzoyan also charged that Baku is “intent on torpedoing the peace process and continuing its policy of ethnic cleansing through the use of force.”