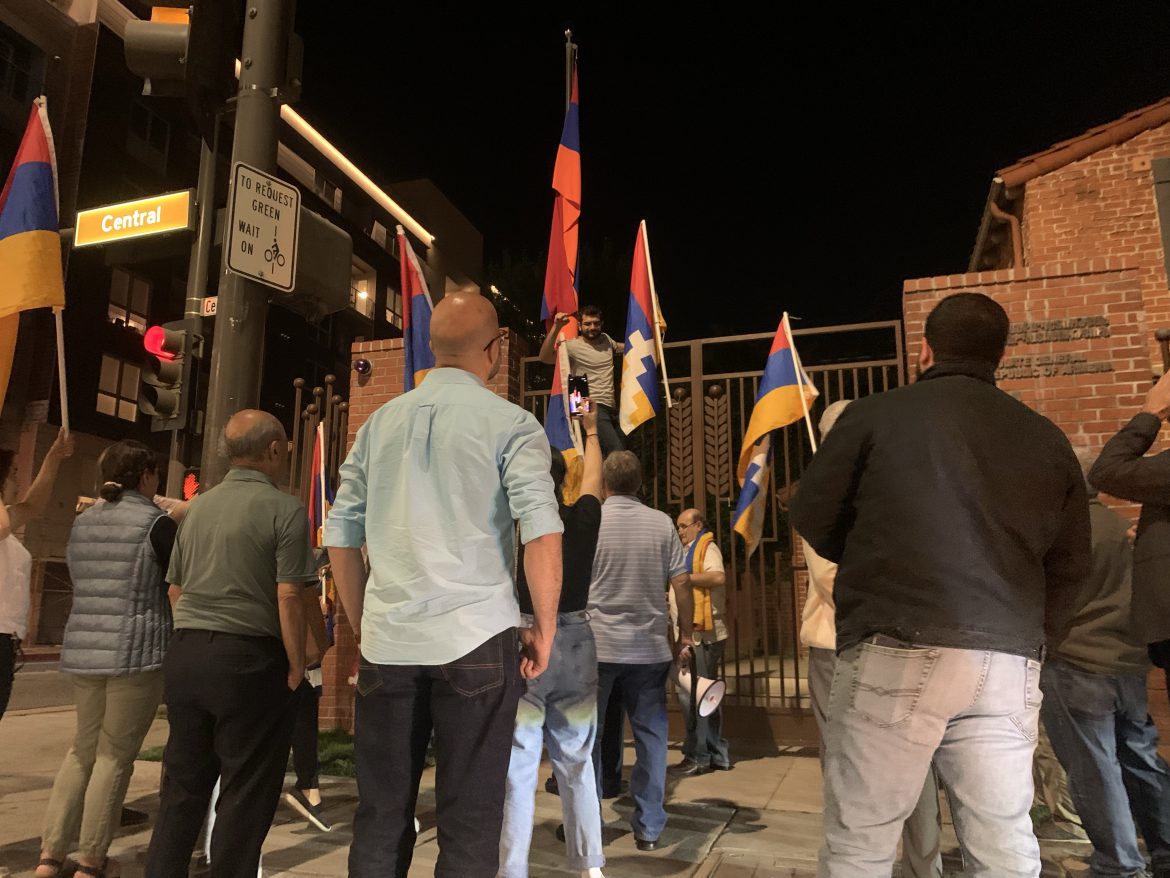 GLENDALE, CA – The flag of the Artsakh Republic was raised once again at the Armenian Consulate in Glendale, Friday night, after it was removed earlier this week by unknown persons.

This time, the action, in support of the “Zartir Lao” and “Resistance” movement in Armenia was undertaken by the ARF “Nikol Aghbalian” Gomideh of Burbank.

Last month, the AYF had raised the flag in solidarity with the Armenian people worldwide demanding Nikol Pashinyan’s resignation, over his concessions to Azerbaijan on Artsakh’s independence.