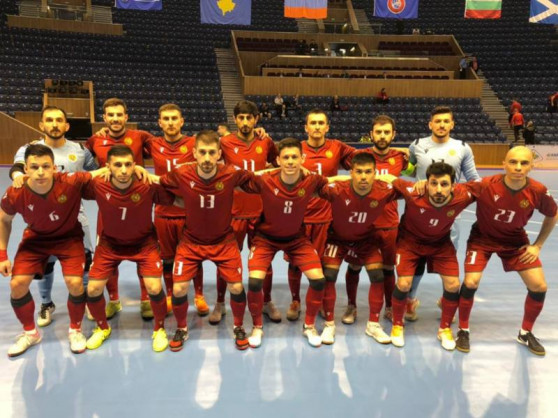 SOPHIA, BULGARIA – The Armenian national “Futsal” team celebrated its third win in the qualifying round of the 2024 World Futsal Championship and took the first place with 9 points.

The Armenian team, headed by Ruben Nazaretyan, scored a 2-1 win over Kosovo in the third round.

Armenia defeated Scotland 11-0 in the first round, and defeated Bulgaria 3-0 in the second round.

Futsal is a soccer based game, a variation of mini-soccer played on a hard court smaller and mainly indoors. It has similarities to five-on-five soccer and indoor soccer.