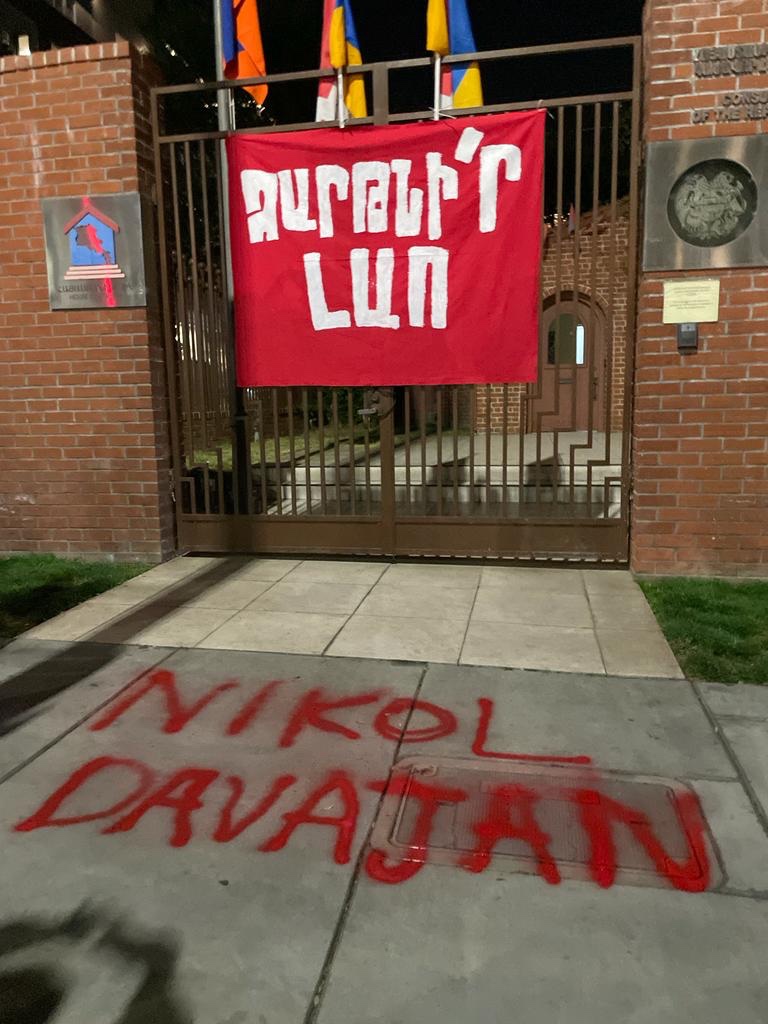 The participants of the action hung a “Zartnir Lao” banner on the fence of the Armenian Consulate in Glendale and spray painted “Nikol Davajan” (Nikol Traitor) on the sidewalk. Zartnir Lao is a popular patriotic song calling for the awakening of Armenians in the face of Turkish oppression.

The action follows a series of protests held over the last week in Los Angeles, during which Armenian Americans joined with their kin in Armenia calling for the resignation of Pashinyan and his government.