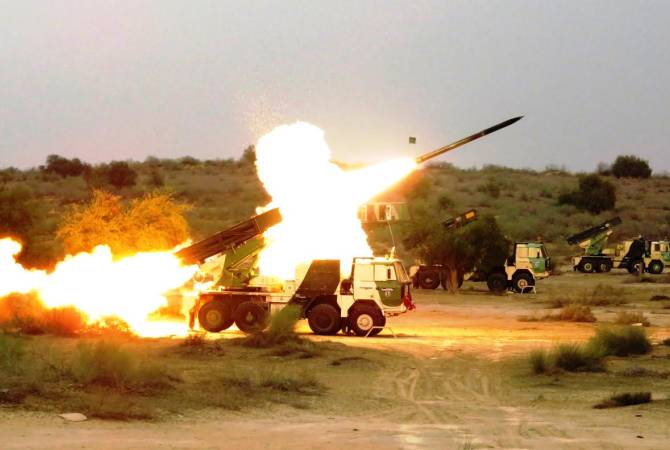 India will be sending indigenously developed multi-barrel Pinaka launchers, anti-tank rockets, and other range of ammunitions.

India Today highlighted the deal with Armenia in terms of it being a success for the Indian defense industry.

“The exports of the Indian armaments are taking place amid the Armenian-Azerbaijani conflict,” the channel reported.

Pinaka is a multiple rocket launcher produced in India and developed by the Defence Research and Development Organisation (DRDO) for the Indian Army. The system has a maximum range of 40 km for Mark-I and 60 km for Mark-I enhanced version, and can fire a salvo of 12 rockets in 44 seconds. As of 2019, an upgraded guided missile version of the system has been test-fired, with a range of over 90 km.

The name of the weapon is symbolic – The Pinaka is the celestial bow of the Hindu destroyer deity, Shiva.

Described as a long-range rocket artillery system, the Pinaka works as a group of up to 6 launcher trucks that coordinate their firing attack at a designated target or area.

India has been looking to boost its arms exports and has taken various measures to enhance domestic production under its ‘Make in India’ policy, according to WION.