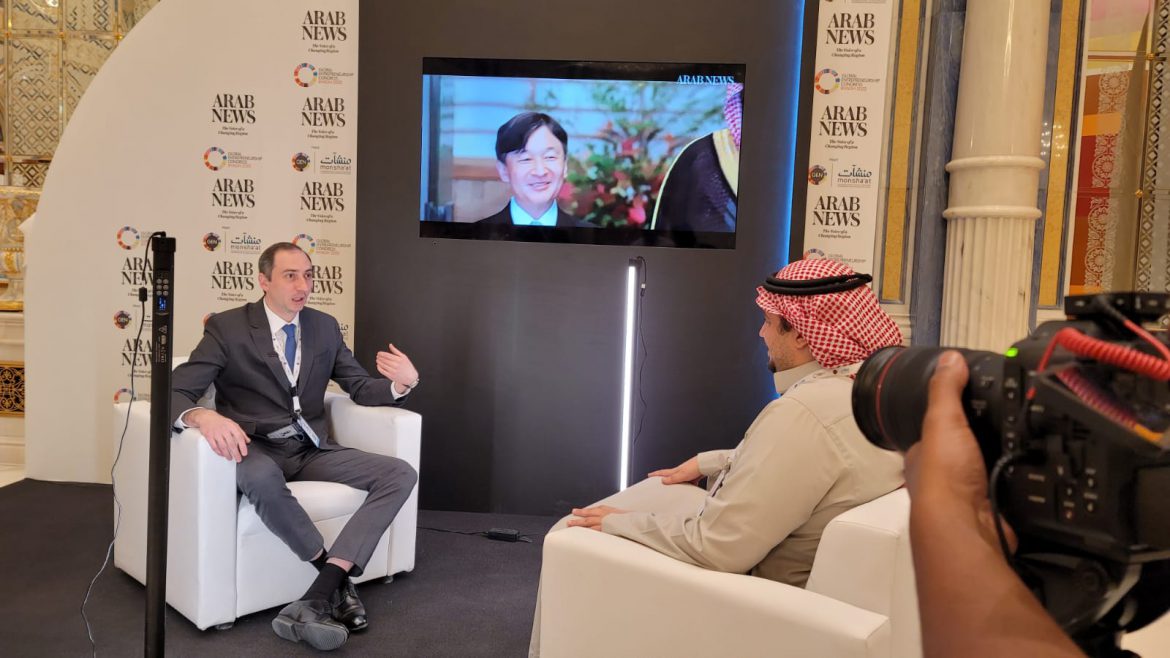 PanARMENIAN.Net – Armenia seeks to learn from Saudi Arabia’s ongoing digital transformation experience and bolster ties with the Kingdom in the high-tech sector, the Armenian deputy minister of industry said in an interview with Arab News on Monday, March 28.

Talking on the sidelines of the Global Entrepreneurship Congress in Riyadh, Robert Khachatryan said his country was also undergoing digital transformation, and “it will be interesting to” learn more from the Saudi experience.

He also said Armenia was working to improve the startup ecosystem using different tools such as tax incentives. “We are now in the process of establishing a state venture fund to support small and medium enterprises in the country,” the top official said.

Highlighting the importance of his country’s high-tech sector, Khachatryan said Armenia was known for its electronic goods during the Soviet era.

The deputy minister said Armenia seeks to promote its high-tech sector in the region and boost cooperation with Saudi Arabia and other countries in the region in this regard.

“I think that we need to start a dialogue and strengthen our relations, it can be (done) by mutual visits,” Khachatryan said.

Armenia and Saudi Arabia have no official diplomatic relations. However, the relationship between the two countries has somewhat warmed up since the 2010s. In October 2021, then President Armen Sarkissian paid a working visit to Saudi Arabia, in what his office described as a “turning point” in Armenia’s international relations.