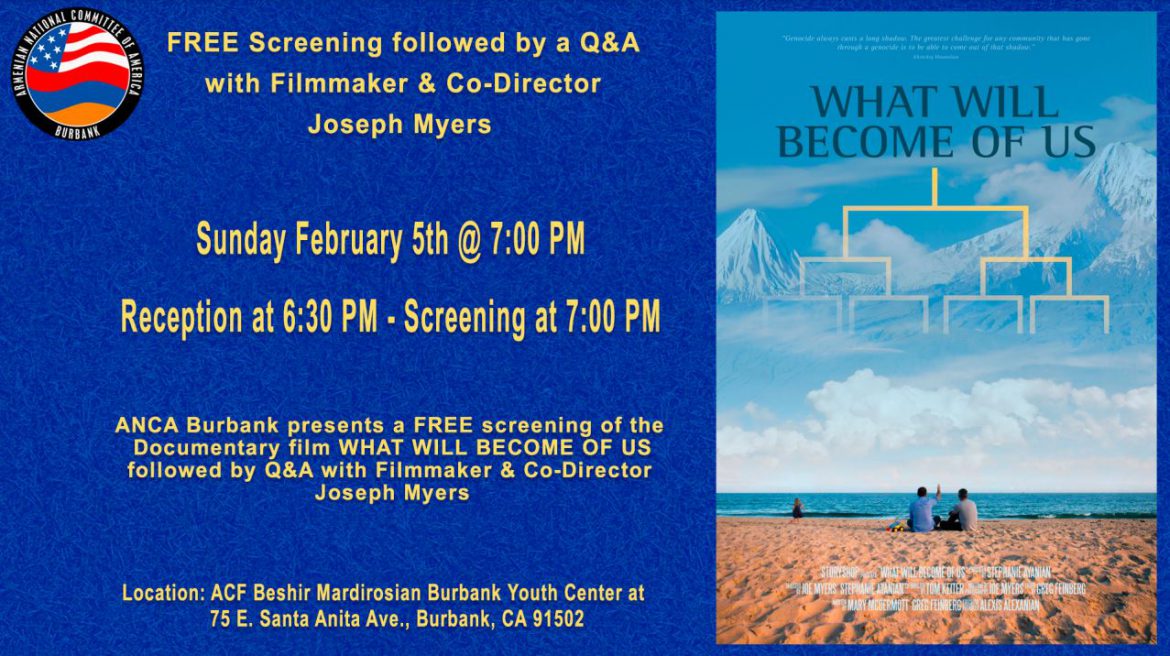 In 1915, 1.5 million Armenians were killed in a genocide by the Ottoman Turks. One of the world’s ancient civilizations was nearly destroyed.

For Armenian Americans, the ‘long shadow’ of genocide is paralyzing. In an effort to preserve what was saved, successive generations hold-fast to a pre-genocide conception of culture, an idea frozen in time. The innovation needed to create a flourishing future is stymied by culturally-imposed litmus tests. The future of Armenian-American culture is in danger.

What Will Become of Us moves past stayed notions of what it means to be a ‘good Armenian.’ In three dramatic acts, the characters in What Will Become of Us travel through the American landscape while grappling with their identities and the 100th anniversary of the Armenian Genocide. Their interwoven stories build on one-another to create a cohesive narrative where the past and future are in constant tension. The documentary also features Aram Suren Hamparian, Executive Director of the Armenian National Committee of America in Washington, DC.

This is a story relatable to all immigrant communities who have faced past horrors. How can a culture pay respect to its past without being limited by it? How can a culture give individuals the freedom to define their own identities and collectively forge a hopeful future? This is not a film about genocide, but about how to thrive despite it.