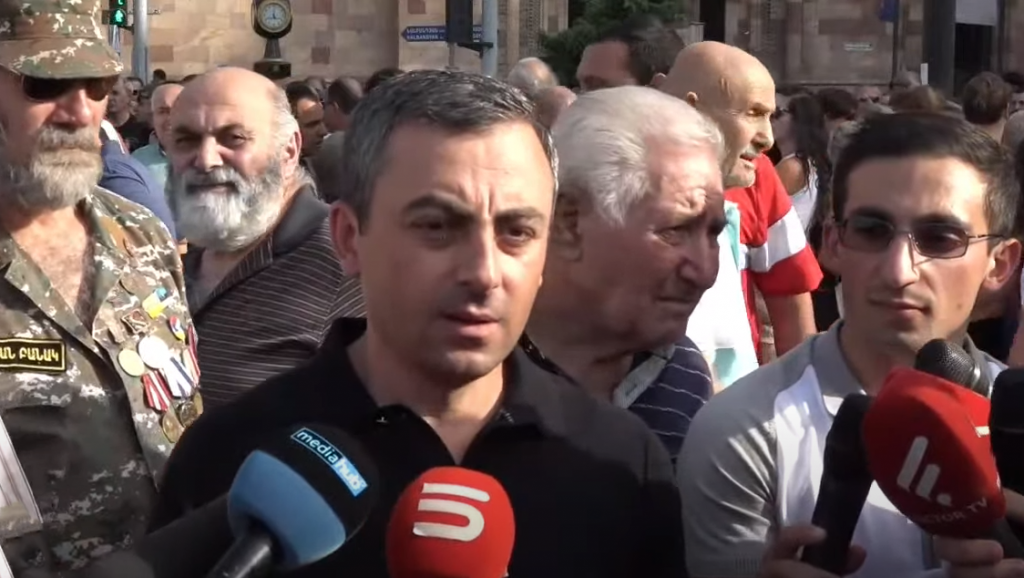 YEREVAN, ARMENIA – “When the opposition spoke about the dangers at the rallies, many did not even realize the depth of the issue at that time. There was no issue on which the “Resistance” movement, the opposition, the 2 parliamentary opposition factions did not express an attitude, take steps and actions. In general, after November 9, we say every day that the more days this person (Pashinyan) remains in power, the more losses we will have. Even now, if we don’t remove them, the same conversation will take place regarding the villages of Tigranashen and Tavush. Today, the main problem is that Artsakh is being depopulated, we were talking about that problem a year ago,” said Ishkhan Saghatelyan, Representative of the ARF Supreme Body of Armenia and Member of Parliament from the “Hayastan” faction on Tuesday, August 23 at the start of the rally invited by Edgar Ghazaryan in the Republic Square.

In response to the question about the activities of the “Resistance” movement, he stated that “on September 2, on the occasion of the Independence Day of Artsakh, rallies will take place in the Diaspora, Artsakh, and Armenia.”

Regarding today’s rally initiated by Edgar Ghazaryan, Saghatelyan said that “There is a rally scheduled for Nikol Pashinyan’s resignation. We have announced that we will support any force, anyone, if they start an honest and just fight against this government.”

He mentioned that various representatives of the “Hayastan” faction are participating in the rally.