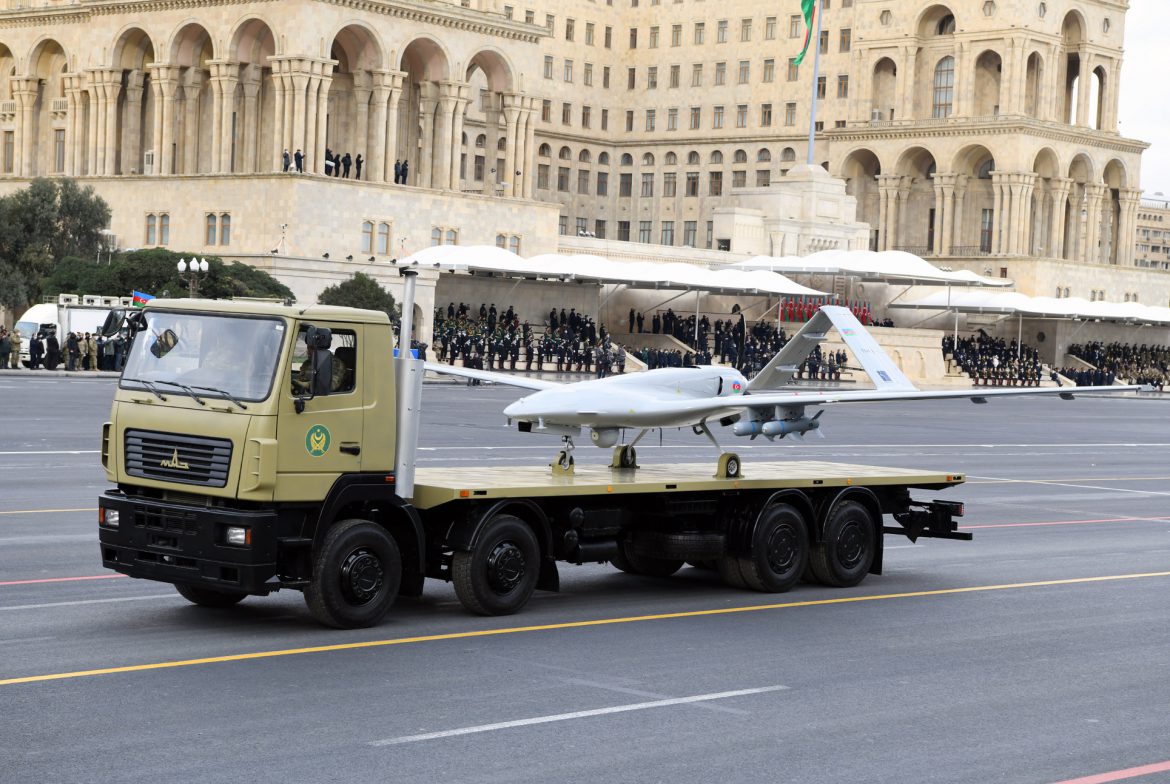 By Umar Farooq, ProPublica – This story was originally published by ProPublica.

As countries around the globe add armed drones to their arsenals, federal lawmakers are pressing the Biden administration to investigate how U.S. parts and technology ended up in what has fast become one of the most popular models on the world market: Turkey’s TB2.

Manufactured by the Turkish firm Baykar Technology, the TB2 can hover high above a battlefield and strike targets with laser-guided missiles. Baykar has maintained that the TB2s are domestically produced, with nearly all of the parts coming from within Turkey. But, as ProPublica reported this month, wreckage from downed drones in multiple conflicts has shown otherwise. A range of components were made by manufacturers in the U.S., Canada and Europe.

To learn more, Rep. Tony Cárdenas, D-Calif., recently introduced an amendment to the House version of the National Defense Authorization Act. The annual budgeting bill is often an opportunity for lawmakers to require reports from the administration on pressing issues, and Cárdenas focused on the TB2, highlighting Azerbaijan’s deployment of the weapon in its 2020 war against neighboring Armenia over the disputed territory of Nagorno-Karabakh. Images of drone wreckage published by local media outlets and the Armenian military at the time showed parts that matched those made by several U.S.-based companies. Some of those firms told ProPublica they had taken steps to stop direct sales to Turkey, but others continue to sell key parts.

Turkey has ramped up TB2 exports in recent years. At least 14 countries now own the drones, and 16 others are seeking to purchase them.

“We’ve been paying close attention to Turkey’s drone sales and how these weapons have been deployed around the world,” Cárdenas told ProPublica in a statement. “I’m troubled about the destabilizing effects we’re seeing and the human rights concerns that follow, especially in places like Nagorno Karabakh. We need a full accounting of the role U.S manufactured parts are playing so that Congress can conduct proper oversight.”

If enacted, the legislation would require the Defense Department, in consultation with the State Department, to produce a report on U.S. parts in the TB2s used in the Nagorno-Karabakh conflict and any potential violations of export laws, sanctions or other regulations. Neither the Turkish Embassy in Washington nor Baykar Technology returned requests for comment for this story. Previously, when asked about the source of key components in its drones, Baykar did not respond to specific questions and would only say those queries were based on unspecified “false accusations.”

At issue are U.S. export laws. Typically, military parts are strictly controlled, requiring licenses from the State Department detailing their buyers and end uses. But many of the key components in the TB2 are commercial-grade technologies, which are found in a variety of consumer products and not subject to arms laws. And as a member of key global anti-arms compacts, Turkey can easily import the off-the-shelf parts, avoiding a web of sanctions and restrictions intended to curb the efforts of countries like Iran and China, which also operate drone programs.

Some critics have called on the Biden administration to crack down on Turkey. Other countries, including Canada, have previously instituted export bans to keep key parts from flowing. But for the U.S., experts say, there are a number of diplomatic considerations. Turkey is a long-standing NATO ally. And, more recently, the TB2 has emerged as a critical tool in places like Ukraine, where the country’s military has used it to battle Russian forces — a fact that the drone maker, Baykar, has repeatedly emphasized in media coverage of the conflict. “I think it is one of the symbols of resistance,” Selçuk Bayraktar, the firm’s chief technology officer, told CNN. “It gives them hope.”

Elsewhere, however, the TB2 is far less revered. In fact, it has been used to kill not just soldiers but civilians, drawing the ire of various governments and human rights groups.

In 2019, for example, Turkey sent the drones to the Tripoli-based Government of National Accord in Libya, despite a United Nations arms embargo. The U.N. said the weapon then helped transform a “low-intensity, low-technology” fight there into a bloody conflict. In Ethiopia, amid a war with rebels, the government used TB2s in airstrikes that have killed dozens of civilians, including those living in a camp for displaced people.

Biden administration officials raised concerns about drone use in the Ethiopia conflict with their Turkish counterparts but stopped short of taking action, despite an executive order authorizing them to impose sanctions against any party involved in the fighting.