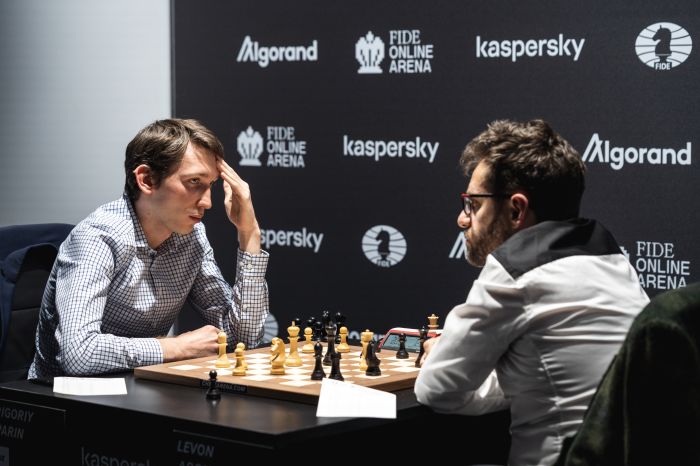 Armenian-American chess grandmaster Levon Aronian (USA) lost to Grigoriy Oparin (Russia) on the 31st move in the final round of the third leg of the FIDE Grand Prix, a series of three chess tournaments started on February 4 and ending on April 4.

The grandmaster, who formerly represented Armenia, took the third place in Group A and dropped out of the series.

Aronian had officially transferred from the Armenian chess federation to its counterpart in the United States, due to declining Armenian government support by the Pashinyan regime.

Aronian and the game of chess itself were not spared the vengefulness of the Pashinyan regime against anything having to do with the governments of his predecessors. Sargsyan was concurrently the head of Armenia’s chess federation during his tenure as President, when the Armenian chess team and Aronian registered numerous victories for Armenia and elevated the country’s stature to international heights.

At the time of his decision, Aronian had stated “I am sincerely proud to have had the honor of making a significant contribution to the greatest achievements of Armenian chess․ Clearly, it is impossible to reach world heights in chess without the huge amount of work done at home and through the support of my fellow countrymen. I truly appreciate the personal attention and support that I received from the third President of Armenia Serzh Sargsyan for many years.”