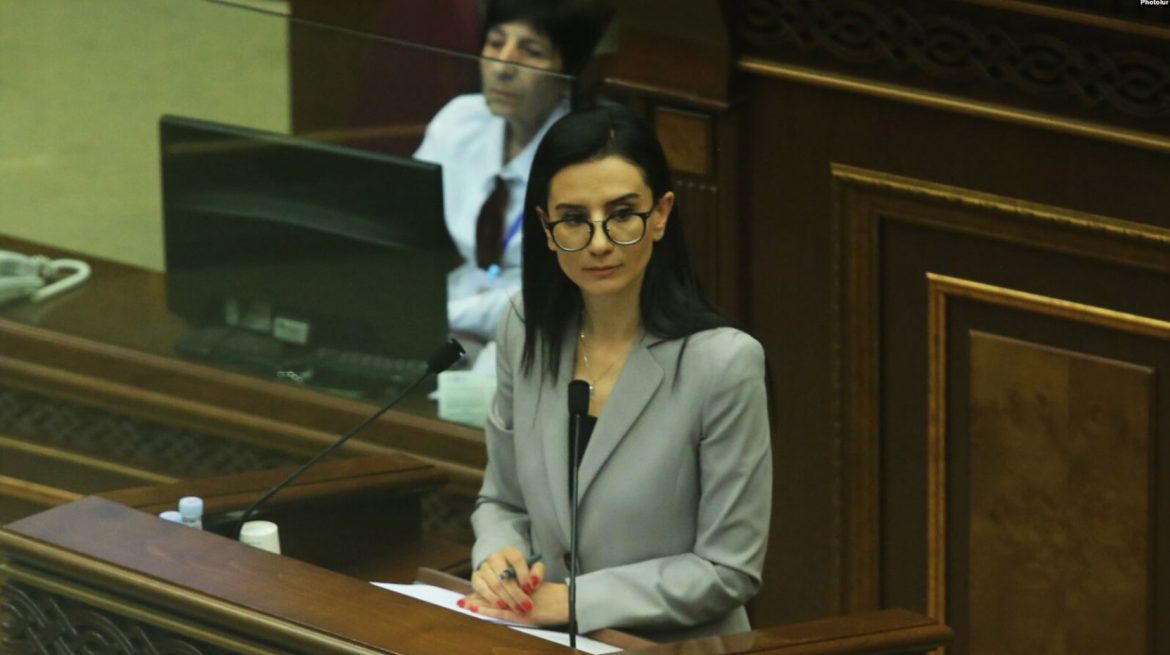 YEREVAN, ARMENIA – On Wednesday June 29, Armenia’s Parliament, controlled by Pashinyan’s Civil Contract Party, voted to appoint a 36 year old Pashinyan aide as the country’s next Prosecutor-General. Anna Vardapetyan was selected for the post by her fellow Pashinyan loyalists despite the fact that she has never worked as a prosecutor before, and has faced accusations of interfering in a criminal investigation.

Artur Davtyan, the outgoing chief prosecutor is completing his six year term in September. Davtyan was appointed by the nation’s former parliament in 2016 before Pashinyan’s regime came to power. In a move consistent with past appointments, Pashinyan’s party opted to replace an experienced official with a Pashinyan loyalist with less than ideal credentials. Vardapetyan received 70 votes in parliament, with all the votes coming from Pashinyan’s Civil Contract party.

Last year, 168.am had posted screenshots of an e-mail sent by Vardapetyan to a senior law-enforcement official regarding businessman Ruben Hayrapetyan, instructing the officer to indict Hayrapetyan, presumably at the behest of her boss Pashinyan.

Hayrapetyan’s attorneys asserted that Vardapetyan’s act was criminal and asked for her to be prosecuted. The Prosecutor-General’s office, however, declined to prosecute the Pashinyan aide, claiming that she “advised” rather than “pressured” the investigator.

At her appointment hearings, none of Pashinyan’s party-members asked Vardapetyan to comment on the scandal before rubberstamping her appointment. Opposition lawmakers did not participate in the voting of the new Prosecutor-General, due to an ongoing boycott of parliament’s sessions.